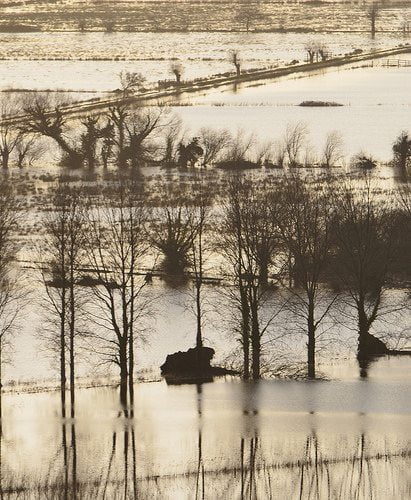 The UK has been ranked among the countries where flooding poses the greatest risk to their economic output, according to new research. The findings come after heavy rain and high winds battered the country, resulting in flooding – particularly in the south.

The Natural Hazards Risk Atlas, produced by Maplecroft, assesses 197 countries on their physical and economic exposure to 12 types of natural hazards, including flooding, storm surges, earthquakes and cyclones.

Whilst the UK was ranked as the 42nd country most at risk for physical exposure to flooding, high population density and the proximity of commercial centres, private property and infrastructure to areas of flood risk means that economic exposure to flooding is the seventh highest globally.

The UK’s economic output also has the world’s highest exposure to intense storms, known as extra-tropical cyclones. These storms have led to the wettest January since records began in 2014 and were described by the organisation as “the most operationally disruptive and costly natural hazard facing northern Europe”.

The affects could also worsen in the face of climate change, the research found. Both David Cameron and the Met Office have linked the recent “exceptional” weather to climate change. Leading economist Lord Stern has also commented, stating that a warmer and wetter UK was “not a coincidence”.

Dr Richard Hewston, principle environment analyst at Maplecroft, said, “Predictions for UK suggest climate change is likely to boost the frequency of major storms and increase risks to economic output as a result of flooding.

“The future scale of the problem will depend heavily on the government continuing to build resilience and apply resources through flood mitigation and risk management schemes.”

The global economy will also be put increasingly at risk from natural hazards as developing nations continue to emerge and their share of economic output grows. The share of global economic output in countries categorised as ‘extreme risk’ is projected to rise from 44.3% to 49.9% by 2025.

Prof Alyson Warhurst, CEO of Maplecroft, noted, “While significant investment opportunities lie in the growth economies, they are exposed to significant natural hazard risks and have a constrained capacity to bounce back when disaster strikes.”