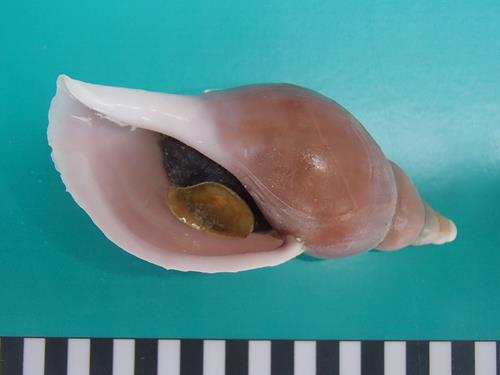 Four previously unknown sea creatures have been discovered in deep ocean waters hundreds of miles off the north west coast of Scotland. The discoveries have led to calls to put gas and oil exploration “off limits” in the area.

The “incredibly unusual” finds were discovered during surveys off the continental shelf in the north Atlantic and includes a new species of large sea snail, two kinds of clams and a marine worm. The existence of clams and worms at a single site suggests the presence of a cold seep, where hydrocarbons are released from the sea bed.

Jim Drewery from Marine Scotland Science, which oversaw the research, described the discoveries as “incredible”. He added that the project was undertaken to provide advice to balance both commercial fishing and conservation interests in the Rockall area.

Environment secretary Richard Lochhead said, “Scotland’s seas are home to a diverse range of precious sea life and it is our responsibility to protect this fragile environment. The area where these species were found is not currently fished and the confirmation of a cold seep is likely to result in the region being closed to bottom contact fishing.”

Scottish waters cover an area around five times bigger than its land mass and in some areas are miles deep.

Commenting on the findings Lang Banks, director of WWF Scotland, said, “Scotland’s seas have once again thrown up some truly amazing wildlife, several of which we know are new to science. These surveys highlight that we’ve still so much to learn when it comes to life beneath the waves.”

He added that the discoveries underline the need for a precautionary approach in the management and use of our seas. “We now know enough to say that the area should certainly be put off limits to any future plans for oil and gas exploration,” he said.