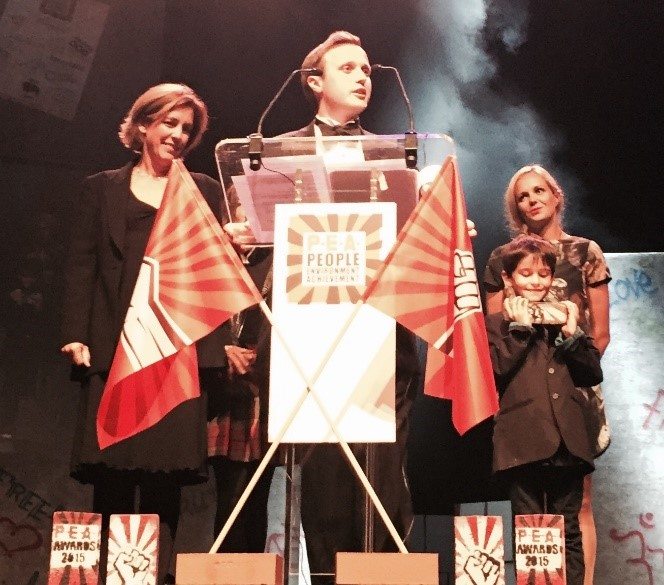 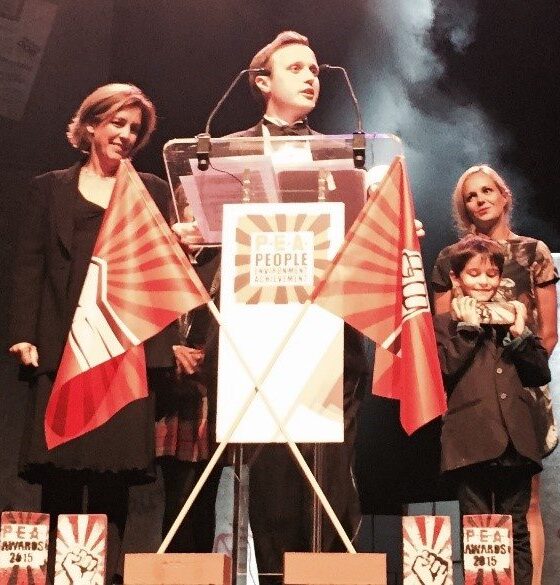 GB Oceans cleans up at the PEA Awards 2015

Attending from the GB Oceans coalition were Jonathan Hall from RSPB, Fiona Llewellyn from ZSL and Clare Brook representing Blue Marine Foundation. Greenpeace, Pew, and Marine Conservation Society, who form the other three members of the coalition.

So why GB Oceans?

What’s unusual about GB Oceans is that it is a coalition of NGOs who have all united around a very single-minded campaign: to encourage the UK government to protect the waters around its 14 overseas territories. By working together they have managed to secure what’s been described as ‘the biggest conservation commitment by any government ever’ – the designation of the world’s largest marine reserve around Pitcairn and the commitment to create a ‘Blue Belt’ around all the UKOTs.

The GB Oceans campaign has already achieved so much this year, but there is still so much to be done. Sign the UKOTS petition and learn more about UKOTS.