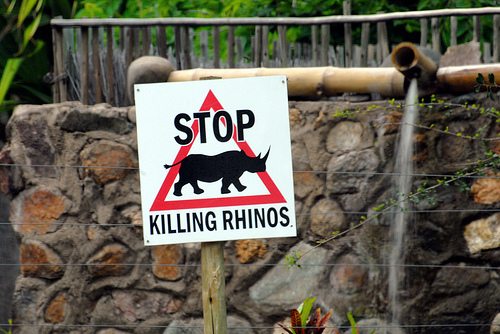 Forty-six countries have signed the London Declaration and committed to tackling the illegal killing of wildlife – an industry that is worth an estimated £12 billion and is driving elephants, rhinos and tigers towards extinction.

The London Conference on the Illegal Wildlife Trade concluded this week with the promise by global leaders to place the activity on an equal footing to other forms of international organised crime.

The summit, organised by the UK government and attended by the presidents of Botswana, Chad, Rwanda and Uganda, outlined steps to increase international co-operation and strategies to fight poaching, including enforcing legislation and investigation techniques.

UK foreign secretary William Hague said, “We need to show the world our political commitment at the highest level across the globe to addressing this before it is too late.”

Growing demand from the Chinese and Vietnamese markets for rhino horn, ivory and tiger bones – widely used in Chinese traditional medicine – has led to an increase in illegal killing in African and Asian countries. Rhino poaching increased by 5,000% from 2007 to 2012 and 2013 was the record year for killing in South Africa.

The London Declaration has been welcomed by most conservation groups. Executive director of the Environmental Investigation Agency (EIA) Mary Rice said, “This has been an unprecedented gathering, the first indication that many of the world’s governments are really serious about combating organised wildlife crime.

“Delegates should now go home and convene meetings with chiefs of police and customs, immediately mobilising the law enforcement community to gather and analyse intelligence and so work towards dismantling the criminal networks behind the multi-billion dollar illicit wildlife trade.”