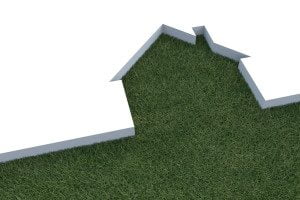 When Going Green With Your Building Is In Order

There are all sorts of times when it just feels like change is in order, and one of them that you’ll probably run into at some point in your adult life, either as a professional or personal matter, is the idea of going green with respect to your structural environment (i.e. the building you live in or work in.)

And some of the times are going to be natural and organic, whereas others might be for reasons of necessity. Five of these times, in general, might include during a building restoration, when thinking about taxes, during major renovations, when new restrictions are implemented, and when your conscience finally gets the better of you when it comes to environmentalism.

If there’s been some sort of accident or disaster that involves your home or business, then renovation is going to be in order. And along with that, you can potentially move toward a greener future for the building in question. Typical green additions in the case of full restoration might be using sustainable building materials, adding water-saving utilities, or things along that line of thought.

We all know that taxes are a bear, but one of the ways that you make taxes go down is by buying into the green movement and looking for tax reductions because of green appliances that you’ve added to a building. Some common tax breaks come from things like adding ductless heat pumps and solar panels, as well as including many other energy-efficient utilitarian concepts into the mix.

And even if you aren’t going through a major restoration, but are rather going through just a renovation of some kind, where you’re digging out parts and pieces to replace with new things, doing things like replacing older toilets with new versions can do wonders both for your water bill and for the environmental cause as a whole.

At some point, governments around the world are going to start regulating and restricting energy use and water use in order to combat some of the ill effects overuse are having on local and world ecosystems. When that time comes, you probably won’t even have a choice but to figure out how to go green as much as possible.

And finally, if you see the trouble that non-environmental aspects of a building are causing, you might just finally crack and decide that it’s time to make a change. When you see hundreds of gallons of water being wasted every day, or old lightbulbs wasting heat and making energy bills go up, that could be the moment when you decide to take charge.