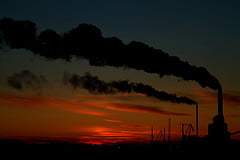 The government has admitted that in 15 regions across the UK, air quality laws will be breached come 2020, in a Supreme Court hearing lodged by environmental law firm Client Earth.

Whilst confessing that legal limits will be broken, the government also claimed that the laws are “unrealistically strict”.

The BBC stated, “It also believes the European Commission is partly to blame because it did not set proper limits on pollution from diesel exhausts in the first place”.

Alan Andrews of ClientEarth said, “It’s a disgrace that we won’t achieve compliance by 2020 or 2025 – and it’s made worse that the British government is lobbying to weaken the limits because it claims they are unrealistic.”

Meanwhile, Simon Birkett, founder and director of Clean Air in London, where inhabitants will have to wait until 2023 for pollution to return to legal limits, said, “If the Supreme Court does not require action, the European commission must. Long-term exposure to invisible air pollution is the biggest public health risk after smoking.”

The government claims it has attempted to reduce emissions of nitrogen dioxide through tax breaks and subsidies for low emission vehicles, whilst investing £75m to support green bus technologies and £560m towards local sustainable transport.

Grants of £3m have also been given by the government to local authorities over the past two years to help tackle pollution at a local level.

On the other hand, by encouraging car owners to turn to diesel vehicles to reduce CO2 emissions, it’s claimed the government has actually contributed to the problem.