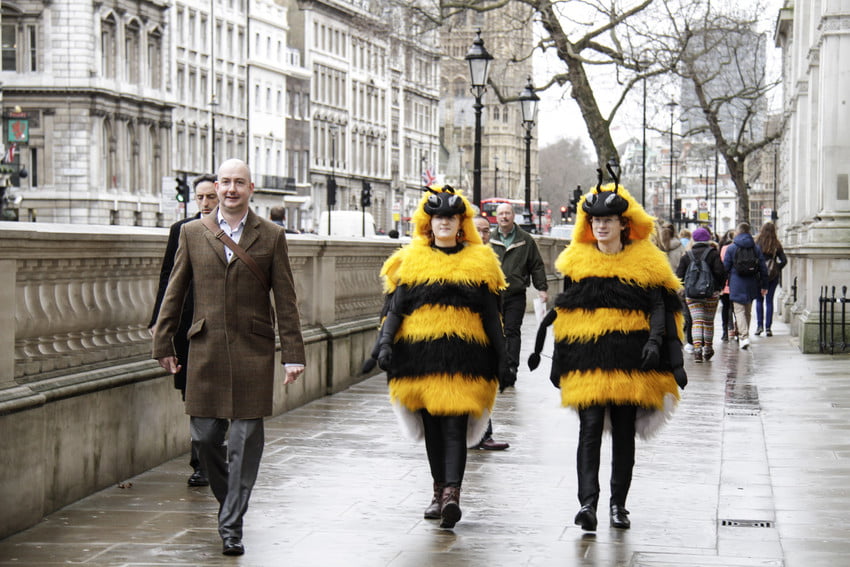 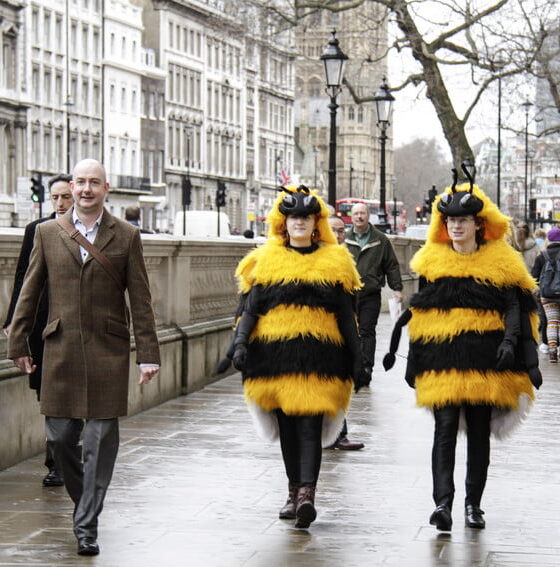 Thousands of campaigners have called for the government to take action over dwindling bee numbers, urging David Cameron to adopt a national bee action plan.

Environmental group Friends of the Earth delivered the 64,000 signatures to Downing Street earlier on today, after collecting them with the charity Garden Organic.

It comes after a significant number of MPs voiced their concerns about the falling number of bees in the UK, following evidence from the environmental audit committee that linked common insecticides to the decline. The petition calls for a ban of the ones in question.

“Britain is losing its bees fast and only urgent government action will stop it”, said Friends of the Earth senior campaigner Paul de Zylva.

“Bees are vital to our way of life, helping our gardens, parks and farms to thrive.

“The British public is waking up to this issue; the big question is will Mr Cameron make 2013 the year of the bee by agreeing a Bee Action Plan?”

After a European Food Standards Agency (EFSA) report backed up the environmental audit committee’s concerns over the treat posted to bees from the insecticides, two leading retailers have decided to stop selling the potentially harmful streams in their stores.

According to Friends of the Earth, B&Q and Wickes both have plans in place to phase out the neonicotinoid insecticides that the EFSA says “[affect] the central nervous system of insects, causing paralysis and death”.