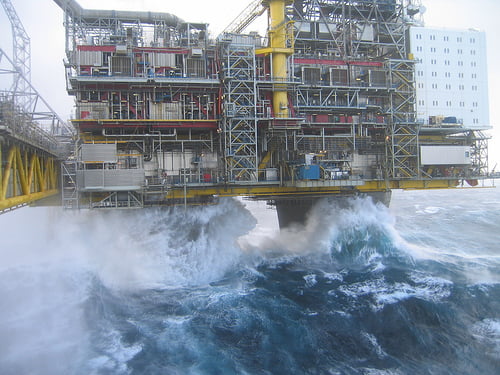 The negative effects of spikes in fossil fuel prices on the UK economy could be more than halved by 2050 as a result of green policies, according to an analysis commissioned by the Department of Energy and Climate Change (DECC).

The report by Oxford Economics predicts the price of fossil fuels could be reduced by around 60% by 2050 through the introduction of climate change policies, including energy efficiency, renewables and carbon taxes.

“Only last year, the impact of the Arab Spring on wholesale gas prices, pushed up UK household bills by 20%.

“The more we can shift to alternative fuels, and use energy efficiently, the more we can ensure that our economy does not become hostage to far-flung events and to the volatility of market forces.”

With the draft Energy Bill due to be released next week, Davey is keen to put forward the case for cleaner, greener energy.

“Of course, there are costs to building more low carbon plants, but the gains are so much greater, and crucially they are lasting“, said Davey.

“This is about building a more resilient economy and providing more stable energy prices for the generations that follow us.”

The Oxford Economics report, Fossil Fuel Price Shocks and a Low Carbon Economy, analyses two scenarios; one is a low-carbon vision, whilst the other is business-as-usual.

The two compared the impacts of a 50% increase in the global price of oil and gas on the overall UK economy.

Welcoming the new report, Gaynor Hartnell, chief executive of the Renewable Energy Asssocation, said, “Clearly investing in renewables and energy efficiency will help protect the economy against increasing and volatile fossil fuel costs. Householders and businesses will benefit even more if they become more energy efficient and produce their own renewable energy.

“There are so many other benefits that investment in renewables brings. We’d also like to see the Government audit the impact on employment, export earnings, increased tax revenues, improved balance of trade, greater energy security and increased choice and competition in the energy markets.”

The Energy Bill will be published on Tuesday. It will set out how the UK can attract the £110 billion of investment required to decarbonise its ageing infrastructure in order to meet targets to reduce greenhouse gas emissions by 80% by 2050.

This comes after DECC declared the recent North Sea gas leak as having low impact on the environment.

DECC estimates that during the 52-day leak, the station at Elgin released the equivalent of 47,000 tonnes of carbon dioxide, or 18,000 tonnes more than would have been released during normal operations of the well.

Whilst the leak remains a financial blow for its operator Total, DECC has estimated that as little as 0.1% of the UK’s monthly emissions total were released.

The greenhouse gas impact was mitigated when rig operator Total was able to slow the leak of natural gas from 200,000 cubic metres a day at its start to around a third of that in mid-April, and then down to 50,000 cubic metres by the time the well was stopped with heavy mud on May 15.

Ultimately, rising fossil fuel prices should be enough to put individuals off using conventional energy sources, and instead opt for renewables. Get in touch with Good Energy – the UK’s only 100% renewable electricity supplier if you want to make the change.