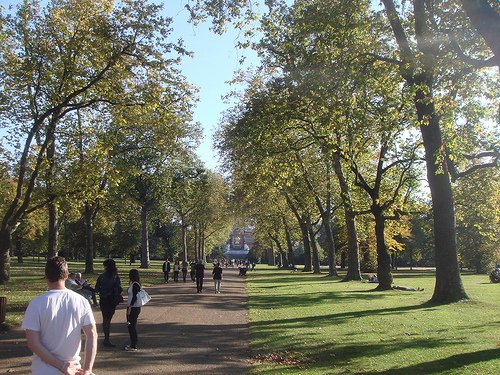 People living in urban areas with more green spaces are reported to have greater wellbeing and quality of life than city dwellers, according to new research.

A study by scientists from the University of Exeter Medical School’s European Centre for Environment and Human Health, published in the journal Psychological Science, found that people surrounded by numerous green areas had less mental distress and higher levels of life satisfaction than those that weren’t.

“We’ve found that living in an urban area with relatively high levels of green space can have a significantly positive impact on wellbeing, roughly equal to a third of the impact of being married”, said Dr Mathew White, leader of the study.

“This research could be important for psychologists, public health officials and urban planners who are interested in learning about the effects that urbanisation and city planning can have on population health and wellbeing.”

The study comes at a time when unprotected sections of the British countryside are threatened by new planning polices from the government.

The results, therefore, should be used to turn attention to campaigns such as that by Love Trees, which aims to plant trees throughout cities to boost residents’ health.

2012 resolution to get more trees in our cities