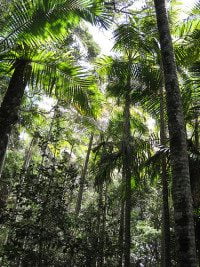 São Paulo/Munich, 13 April 2016 – Activists from Greenpeace Germany gathered at the global headquarters of technology giant Siemens AG in Munich, Germany today to shine a spotlight on the company’s potential involvement in a new hydropower dam in the Brazilian Amazon rainforest. Siemens, along with dam part providers Voith, General Electric (GE) and Andritz may be lining up to participate in the construction of a massive 7.6 km wide hydropower dam on the Tapajós River, according to a Greenpeace Brazil report, published today. The dam would not only flood huge parts of the rainforest, but also threaten the cultural survival of the 12,000 Indigenous Munduruku People who have lived along the Tapajos River for centuries.

“Siemens is just one step away from getting involved in the destruction of the heart of the Amazon Rainforest,” said An Lambrechts, Greenpeace International Amazon Project Coordinator. “If Siemens participates in the construction of the Tapajós hydropower dam, the company can expect to be tied to a project with human rights violations, corruption scandals, animal and plant species extinction and the destruction of the culture of the Munduruku Indigenous People. Siemens and the others companies named should instead of focus its efforts on developing genuinely sustainable energy sources”, continued Lambrechts.

Siemens presents itself as a green powerhouse, but energy production that leads to human rights violations, biodiversity extinction and even negative climate impacts can’t be considered green. So far, Siemens, Andritz, GE and Voith have failed to commit to steer clear of the upcoming hydropower dam construction. Others companies, such as the Italian electricity utility company Enel, have already communicated that they will not be involved.
.
The new Greenpeace Brazil report “Damning the Amazon” details the risky business of hydropower in the Amazon rainforest and how Siemens and other international companies face serious financial and reputational risks with their involvement in these projects. Enthusiasts of Amazon development try to justify the environmental, social and human rights impacts of hydropower dams in the Amazon with promises of addressing climate change, in reality the construction of these dams causes a considerable amount of greenhouse gas emissions,
carbon dioxide and the much more potent methane, as a result of the decay of flooded vegetation and soil.

Also, as a result of climate change, rivers in the region are predicted to undergo dramatic reductions in flow, making new dams unlikely to attain the expected energy output. For the Tapajós River, a governmental study predicted a fall in water flow of up to 30 percent in the vicinity of the projected dam site. The report shows the best alternative is a combination of wind, solar and biomass generation –  feasible only if the government were to allow a 50 percent increase in number of contracts auctioned each year for renewable energy sources.

“It is time the Brazilian government admitted that clean hydropower in the Amazon is a myth that sows misery and destruction while failing to provide energy security. Companies should distance themselves from these projects and that corporations acknowledge that the economics of large dams in remote tropical rainforests do not stack up,” says Lambrechts.

The recent Belo Monte hydropower complex on the Brazilian Xingu River, also in the Amazon Rainforest, has already proven how dams can trample on Indigenous Peoples’ homes and lead to the destruction of fragile ecosystems. The Belo Monte hydropower project has become part of the largest corruption investigation in Brazilian history with companies paying millions in bribes for stakes in its construction.