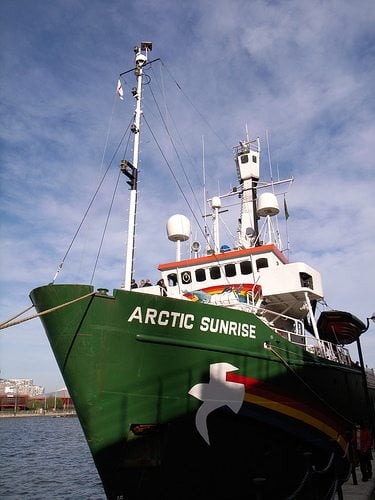 Twenty-two of the activists arrested by Russian authorities aboard the Greenpeace ship Arctic Sunrise will be held in jail for two months without charge, a Murmansk court has ruled.

Eight others will be held until Sunday pending a new hearing, although Greenpeace says that there is “every indication” that they will receive the same two-month sentence.

The activists have been remanded while the authorities pursue an investigation around piracy charges, which carries a 15-year sentence in Russia. This is despite the country’s president Vladimir Putin saying on Wednesday that the protestors were “obviously not pirates.”

The 30 people include six Britons as well as four Russian nationals. All were detained last week aboard the icebreaker Arctic Sunrise, which was seized by Russian coastguards after two of the protestors tried to scale an offshore oil platform.

Those detained include the ship’s captain Pete Willcox, and Russian photographer Denis Sinyakov, who was documenting the protest.

“The criminal activity I am blamed for is called journalism. I will keep doing it”, said Sinyakov.

Greenpeace deny all allegations of piracy, and says that it was the Russian security forces that broke the law by boarding the Arctic Sunrise. It says the 30 activists were conducting a peaceful protest.

Greenpeace International executive director Kumi Naidoo said that the activists “acted purely out of concern for the Arctic environment.”

He added, “Our climbers attempted to attach themselves to the side of the platform to raise attention to the threat of Arctic oil drilling in this fragile environment and the urgent need to deal with climate change. This was a peaceful protest against Gazprom’s ambitions to be the first company to pump oil from icy Arctic seas.”