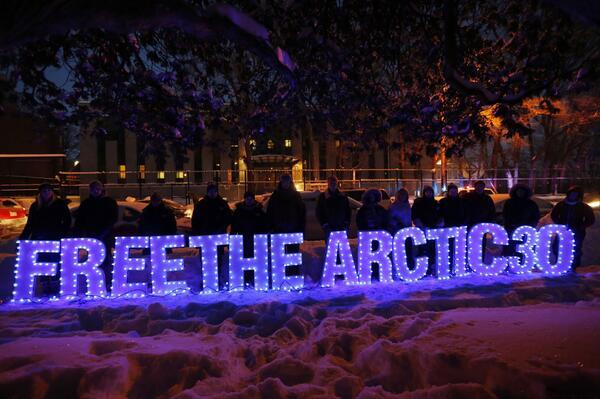 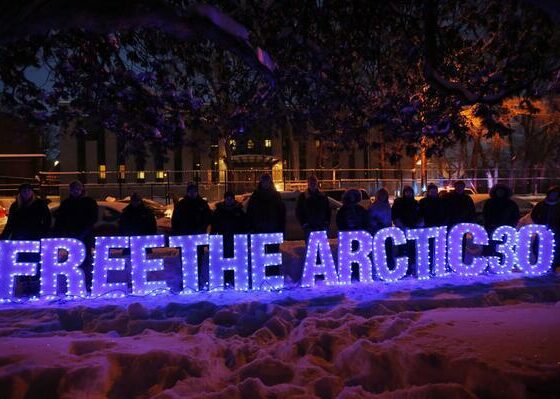 The 28 Greenpeace activists and two journalists, held by Russian authorities since a protest at an Arctic oil rig in September, are to be set freed, it has been announced.

The defendants, who had recently been serving bail in St Petersberg, have been pardoned as part of an amnesty passed by the Russian parliament on Wednesday.

The 26 non-Russians will be able to return home as soon as they are given exit visas, though the four Russian nationals will now posses criminal records.

Security forces in the country arrested the so-called Arctic 30 aboard the Greenpeace vessel Arctic Sunrise. Their detention followed a protest at the Gazprom Arctic oil platform Prirazlomnaya in international waters, when two of the activists allegedly attempted to board the rig.

All 30 were originally accused of piracy, a charge that carries a potential 15-year sentence in Russia. These charges were later downgraded to hooliganism, and under yesterday’s parliamentary decree, all defendants charged with hooliganism were offered amnesty.

The parliament voted 446-0 in favour of the bill in its final reading. Timed to coincide with the 20th anniversary of Russia’s constitution, observers say the bill is a cynical attempt to enhance perceptions of the country before it hosts the 2014 Winter Olympics.

Over 2.6 million people wrote to Russian embassies calling for their release.

The Brazilian Ana Paula Maciel, one of the Arctic 30, said that although she was relieved, she was not celebrating.

“I spent two months in jail for a crime I didn’t commit and faced criminal charges that were nothing less than absurd”, she said.

Meanwhile, Peter Willcox, captain of the Arctic Sunrise, added “there’s no amnesty for the Arctic”.

“We may soon be home, but the Arctic remains a fragile global treasure under assault by oil companies and the rising temperatures they’re driving”, he said.

“We went there to protest against this madness. We were never the criminals here.”