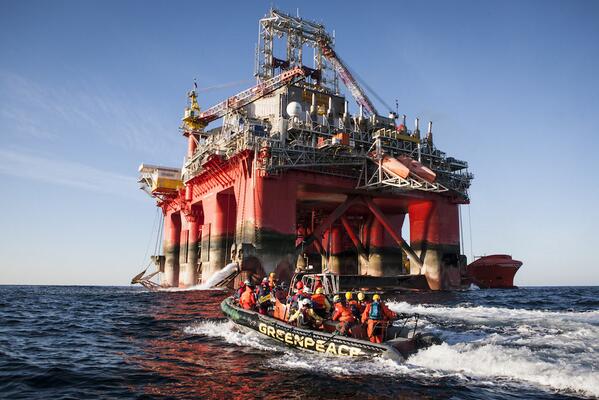 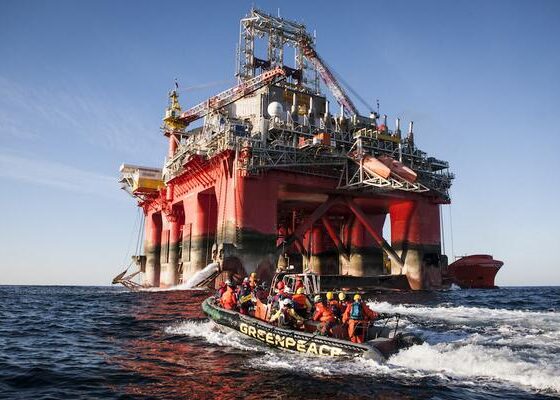 Greenpeace activists boarded two oil rigs on Tuesday in a protest against controversial plans for exploratory drilling in the Arctic. The environmental organisation is calling for a ban on all operations in the vulnerable region.

Thirty activists occupied a rig belonging to the Russian state-owned oil giant Gazprom in the Dutch port of Ijmuiden, as it set on its way to the Pechora Sea in the Russian Arctic. Police removed them after five hours.

Meanwhile, 15 protestors also boarded a second rig belonging to Norway’s state-owned company Statoil, while it was in international waters near the planned drilling site in the Barents Sea. Over 24 hours later, they are still on board.

Norwegian police have been unable to intervene as the rig is moving and has not started drilling, meaning it is legally considered a ship and is therefore still under the jurisdiction of its flag state.

Greenpeace say Statoil’s ambitions to drill in the Barents Sea are a danger to Bear Island, a wildlife refuge that is home to many rare species and, despite its name, only occasionally to polar bears.

Campaigners warn that a leak at the rig would engulf the island in a devastating oil spill within a week.

Experts have previously warned that, in the case of an Arctic oil spill, response teams would have little hope of reaching the scene before considerable damage is done to the pristine environment.

Protestors are also concerned that the exploitation of Arctic fossil fuel reserves, made accessible for the first time as ice cover recedes, will compromise international efforts to curb climate change.

Statoil’s rig is coincidentally registered in the Marshall Islands, a group of atolls and coral islands on the frontline of climate change, as they stand on average only two metres above sea level.

These actions are the latest in an escalating Greenpeace campaign calling for a ban on Arctic drilling. Earlier this month, activists tried to stop a Russian tanker delivering Arctic oil to a port in Rotterdam.

The tanker was carrying oil from Gazprom’s Prirazlomanaya platform, the site of an earlier Greenpeace protest that saw 28 activists and two journalists jailed by the Russian authorities for 100 days last year.

Commenting on the new protests, Greenpeace International Arctic campaigner Ben Ayliffe, said, “The Arctic matters to us all, and protecting it demands a truly global response.”

Since 2005, Shell has spent around $4.5 billion (£2.7 billion) exploring for oil off the Alaskan coast, but is yet to drill a single well.

In that time it has seen a drilling rig run aground and lost a federal court battle over the validity of its leases in the Chukchi Sea.

A Greenpeace petition demanding that oil and gas companies be barred from the region has gathered over 5 million signatures. Ayliffe says these five million people “are now telling these companies that Arctic drilling isn’t worth the risk, either to the environment or their own reputation”.