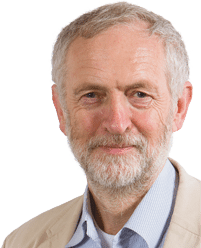 Jeremy Corbyn on the environment

The dramatic and overwhelming victory of veteran backbencher and left winger Jeremy Corbyn in yesterday’s Labour leadership election is creating waves across the political establishment. Blue & Green doesn’t carry a torch for any political party, but we are interested in what the Leader of the Opposition has to say on the environment and climate change.

From 200:1 rank outsider to landslide winner is quite a remarkable achievement. That the Labour Party has voted one of its most rebellious MPs as leader is quite an interesting electoral strategy. Senior Labour politicians who have been hastily announcing that they won’t serve in the shadow cabinet have handed ammunition to the Party’s natural enemies in the press and smacks of petulant children taking their bat and ball home.

– A new kind of politics: a fairer, kinder Britain based on innovation, decent jobs and decent public services

– Growth not austerity – with a national investment bank to help create tomorrow’s jobs and reduce the deficit fairly. Fair taxes for all – let the broadest shoulders bear the biggest burden to balance the books

– No more illegal wars, a foreign policy that prioritises justice and assistance. Replacing Trident not with a new generation of nuclear weapons but jobs that retain the communities’ skills

– Fully-funded NHS, integrated with social care, with an end to privatisation in health

– Equality for all – a society that accepts no barriers to everyone’s talents and contribution. An end to scapegoating of migrants

Mr Corbyn’s Protecting Our Planet manifesto attacks the Conservative government’s record on the environment – including fracking – and says his leadership will stand for:

– Cleaner air – tackling the air pollution crisis in our big cities and committing to full independent public inquiry into levels of air pollution.

– Protecting our ecosystems, wildlife habitats and a compassionate approach to animal welfare

– A healthy, safe, environment, where people and nature thrive together

Mr Corbyn’s document also addresses electability and says the Labour Party’s needs to reach out to voters if it is to win in 2020: “There is an electoral dimension. To win, we must show we have a modern vision of an innovative country that has a new idea of prosperity and success. Our collective aspirations must lie with a greener vision of Britain. And we must reach out to those voters who care deeply about the environment if we are to build the electoral alliance we need.

“Our policy ideas today make sense on the health front, the economic and jobs front and the planet front. It’s high time for politics where we implement the long overdue environmentally-friendly changes that will make a difference not just to us but to our children and grandchildren.

“And if we as a nation have courage enough to show global leadership on tacking climate change issues, we will improve not just our own lives, but the life of the planet.

“If politics is about anything it’s about better futures. Our policy today shows the green energy future we can’t afford not to choose.”

The political establishment has declared Mr Corbyn ‘unelectable’ but pundits’ predictions and polls have proven poor measures in recent months. As we pointed out after the May general election, sadly the real winner in 2015 was ‘None of the Above’ with just under 16 million (33.9%) registered voters not voting – not forgetting the several million who didn’t even register. The Conservatives’ slim Commons majority and ‘mandate’ comes from just over 11 million voters or fewer a quarter of the full electorate.

Mr Corbyn’s policies may appeal to many of the disillusioned amongst the None of the Above cohort. Re-engaging disillusioned or apathetic non-voters is a worthwhile exercise but provides an unpredictable and unreliable electoral base. That said, most UK general elections are won in 100-or-so seats by convincing a few hundred thousand swing voters. Mr Corbyn’s team is going to have to reach well beyond his traditional allies to stand a chance of winning in 2020.

Whatever you read in the mainstream press (rarely advocates of the left) this article in the Independent showed that Mr Corbyn’s policies are actually quite popular with the electorate. Readers and viewers of Chris Mullins’ excellent ‘A Very British Coup’ might have some suspicions of what would happen if he actually did win in 2020.

Politics has taken a very interesting turn and a real debate on the future role of the Labour Party and the direction of UK is about to take place.