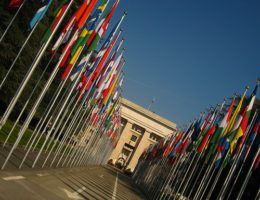 One month to go until 191 countries decide on the future of aviation carbon pollution, the International Coalition on Sustainable Aviation (ICSA) – which is the only official civil society observer of the UN’s international aviation proceedings  – has expressed strong concerns about the state of the proposed agreement.

They will convene a press call on September 15 to discuss their concerns and share analysis ahead of the decision.

In an official ICSA statement, NGOs from around the world warn that unless the the proposed agreement is accompanied by five measurable safeguards, it will fall short of the International Civil Aviation Organization’s (ICAO’s) goal of achieving carbon neutral growth in international aviation at 2020 levels, not to mention the climate change objectives world leaders set in Paris of limiting global temperature rise to 1.5˚C or at most 2˚C.

The September 15 media call will identify where key world leaders stand, gaps in the proposed agreement, strategies to strengthen the current proposal, and what to look for when 191 countries convene at the ICAO General Assembly in Montreal from 27 September to 7 October.

The General Assembly comes approximately 200 days after world leaders agreed to the landmark Paris Agreement and just one month prior to COP 22 — when countries will discuss how to enforce the terms agreed to in Paris. With the General Assembly on aviation occurring only once every three years, environmental observers predict that the Montreal outcome will be a litmus test for countries’ willingness to deliver on the overall Paris Agreement.

The media call will be held at 4pm CEST, 3pm BST, 10am EST on September 15 and will feature brief remarks from leading experts, followed by a  question and answer session. Please RSVP online by 11pm CEST, 10pm BST, and 5pm EST on Tuesday, September 13. Call-in information will be provided to RSVP registrants who reserve their spot.

Topics and speakers include: