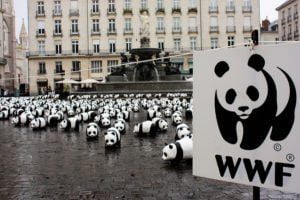 A ‘Low-Carbon’ Future Supported By Majority Of Scots

Today the Scottish Government was called upon by environmental campaigners to invest in projects that will reduce emissions in order to establish a low-carbon Scotland.

The call by WWF Scotland comes as the group published opinion polling data which found 61% of Scots either ‘strongly agree’ or ‘agree’ that “the Scottish Government should invest in projects that reduce emissions, like public transport and affordable heat networks, to create a low carbon Scotland.”

Later today the Scottish Parliament’s Environment, Climate Change & Land Reform Committee (ECCLR) will hear evidence from a number of individuals and organisations, including WWF Scotland, on how Scotland can best continue to move towards a low carbon future. [1]

“With the majority of Scots supporting a low carbon future for Scotland, Ministers should feel confident in bringing in policies which will help us to meet our challenging climate targets while also creating new jobs across the country.”

“It’s great that Scotland has met its 42 per cent emissions reduction target six years early, but we know bolder policies are needed. The Scottish Government’s forthcoming climate action plan needs to bring forward ambitious new policies in sectors such as heat, housing and transport if we’re to continue to bring down our carbon emissions and reap the economic and social benefits of doing so.