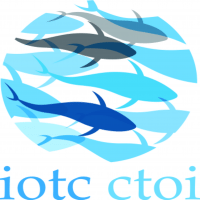 New IOTC Rules Should Save Tuna

The Indian Ocean Tuna Commission (IOTC) have agreed to tighten the rules around tuna fishing – in particular Skipjack and Yellowfin tuna. Once in place, the new rules will rein in Skipjack tuna harvesting in the Indian Ocean. The IOTC is responsible for managing nearly a quarter of the global tuna catch.

The seafood industry also discussed measures to address overfishing of yellowfin tuna stocks and agreed steps to reduce catches of one of the most important stocks managed by the IOTC.

Dr Mireille Thom, Marine Policy Specialist, WWF-UK said: “This is the first time a tuna fisheries commission has adopted measures to protect the stock before it has collapsed. This decision for Skipjack, along with the decision to cut the catch of Yellowfin tuna by 10 per cent is a major step towards preserving Indian Ocean tuna stocks.

“We now look to all members to make every effort to develop an effective recovery plan. This is of particular interest to UK consumers as much of the tuna we eat here comes from this region.”

A number of other proposals were adopted, also with the intention of reducing fishing effort. They included bans on the use of aerial vehicles such as drones to find tuna schools, the use of lights at night to attract tuna, and reductions in the number of FADs.

WWF urges for future negotiations to build on the successes of this unprecedented session of the IOTC to rebuild depleted yellowfin stocks and to effectively manage all tuna stocks.