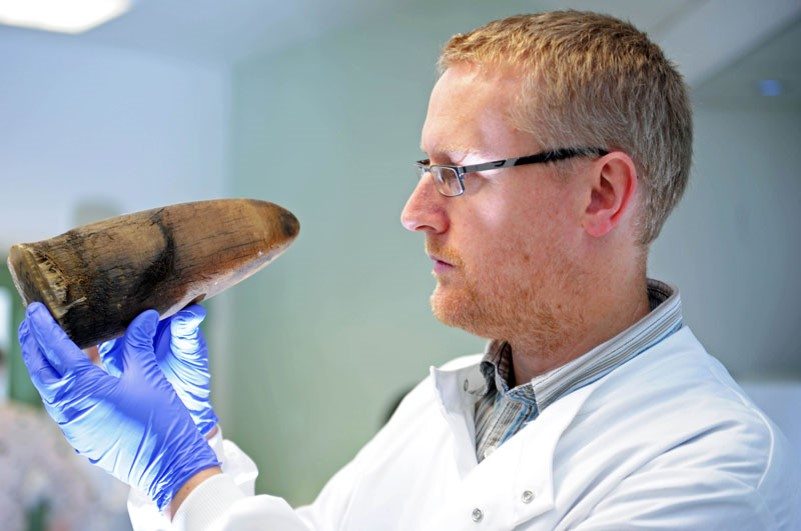 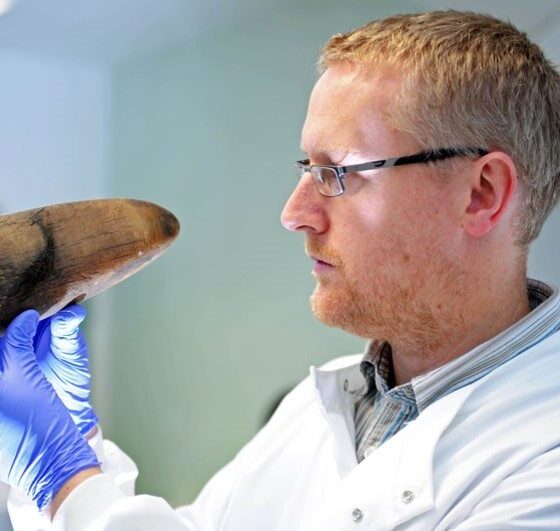 Heading for one of the worst years on record for rhino poaching, with 749 animals already slaughtered in South Africa alone for their horn, a team of wildlife forensic scientists from the United Kingdom and Australia have teamed up to train scientists in Vietnam in rapid rhino horn identification. The scientists were given unprecedented access to rhino horn seizures in the country by authorities in order to facilitate the DNA testing.

The training, funded by the UK Government, the Royal Zoological Society of Scotland (RZSS) and the Australian Museum, was particularly vital as the number of poached rhinos is now coming perilously close to outnumbering the birth rate of rhinos in the wild, a position that may ultimately lead to the decline and possible loss of these enigmatic species.

Dr Ross McEwing, from RZSS and TRACE Wildlife Forensics Network, and Dr Greta Frankham and Kyle Ewart, from the Australian Museum Research Institute’s Australian Centre Wildlife Genomics, spent a week in the wildlife genetics laboratory of the Institute of Ecology and Biological Resources in Hanoi. The rapid identification techniques taught allows seized rhino horn to be speedy tested in only 24 hours to confirm if it is real or fake and also determine the species of rhino being illegally traded.

Dr McEwing of RZSS and TRACE Wildlife Forensics Network explained: “One of the fundamental issues in Vietnam, a country synonymous with the illegal trade in rhino horn, is the requirement to identify true rhino horn from fake material in order to progress any criminal investigation, a process that can take many weeks due to limited capacity and which results in a very low rate of conviction.

“The new rapid DNA testing technique, developed by the Australian Centre Wildlife Genomics, allows this process to be undertaken quickly and inexpensively in under 24 hours. Ensuring Vietnam authorities have the capacity to carry out this new test will help enforcement officers monitor and prosecute those responsible for trading rhino horn.”

““We’re at a tipping point for rhino with the number of poached individuals coming precariously close to outnumbering the birth rate, a position that will ultimately lead to the decline and possible loss of these enigmatic species,” said Dr Rebecca Johnson, Director of the Australian Museum Research Institute and Australian Centre for Wildlife Genomics.

Dr McEwing, who coordinated the training, said: “Deploying this new technique in Vietnam was only possible thanks to support from both the Australian Department of Environment and Vietnam CITES Management Authority. It shows just what can be achieved when organisations from different countries work collaboratively to tackle the international illegal wildlife trade. This international capacity-building project showcases the valuable scientific expertise and collection resources available at institutions like RZSS and the Australian Museum and legitimises our investments in the wildlife forensics field.”