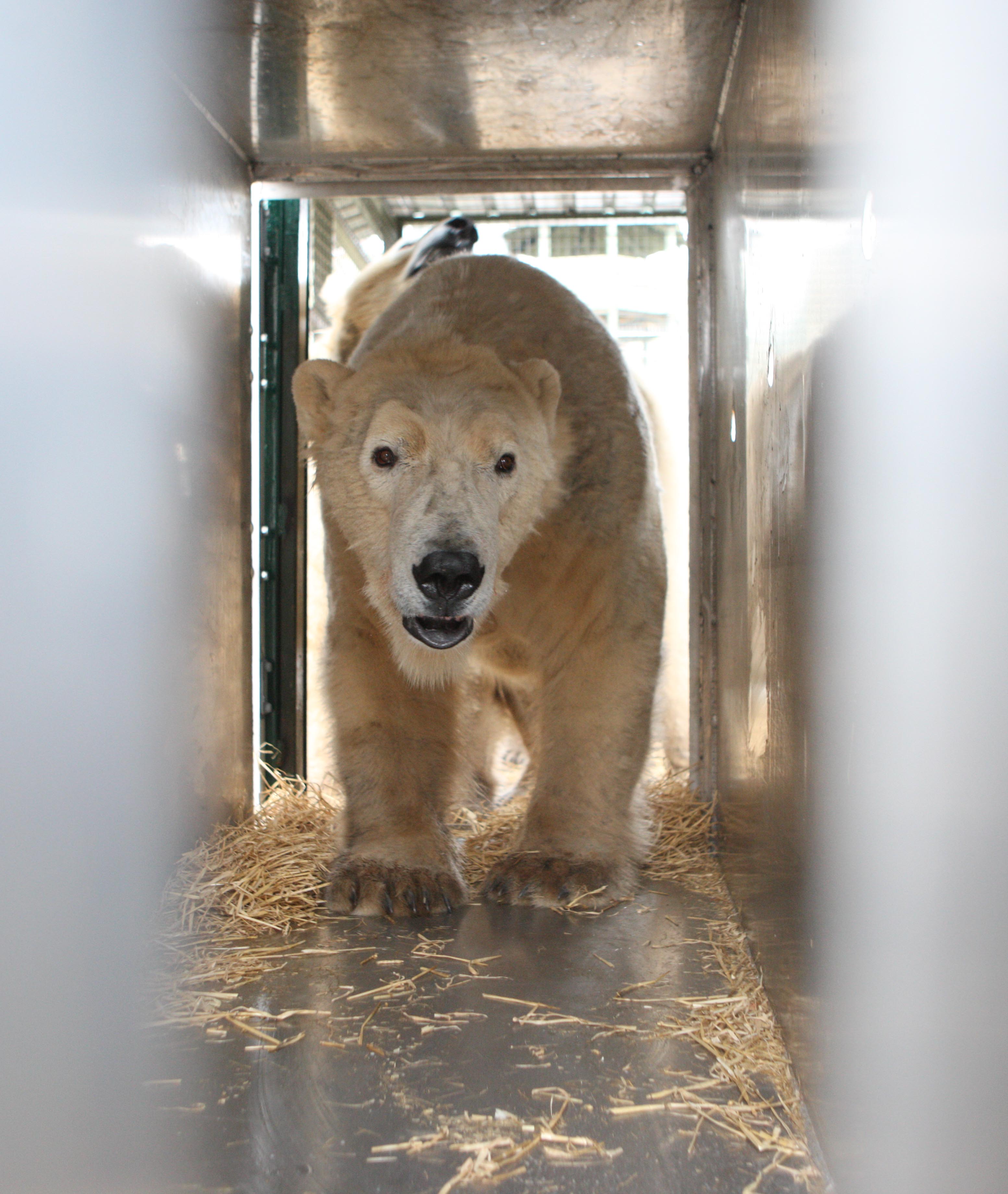 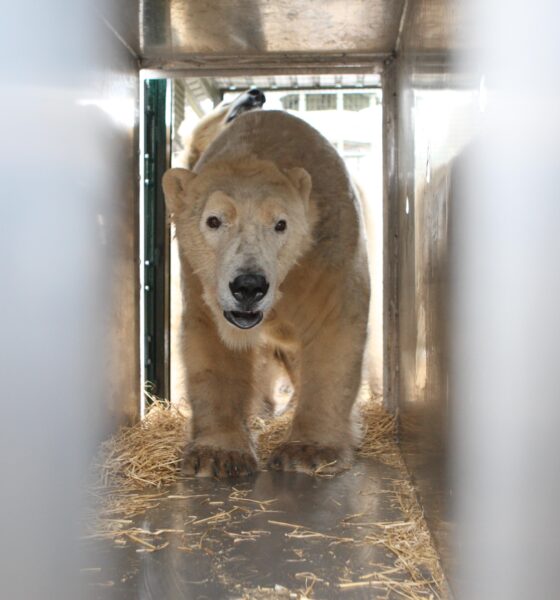 The conservation charity, the Royal Zoological Society of Scotland (RZSS), announced today that preparations have begun to allow male polar bear Arktos to meet female polar bear Victoria for the first time. This is the latest and most exciting step in our efforts to support the European breeding programme for this at risk species, which is currently listed as Vulnerable on the IUCN Red List of endangered species.

Helping to protect the future of polar bears is not a straightforward task, as it is the loss of sea-ice due to climate change that is the primary threat to the species. Research shows huge uncertainty for the future of polar bears in the wild, with estimates suggesting that the global population could decline by over 30% in just three generations if sea-ice loss continues as projected*. RZSS believes that it has a duty to assist with the establishment of a healthy population of ex-situ animals, not as a substitute for conserving the species in the wild, but to ensure that there will be as broad a range of options for them in the future.

A large 3 by 1.5 by 1.8 metre transportation crate was manoeuvred into position in the male polar bear enclosure on the morning of Friday 19 February and, over the next month or so, eight year old Arktos will be habituated to it. Slowly and steadily, the process will see his keeper’s use positive reinforcement training and his favourite foods to get him used to the new addition to his enclosure. Eventually Arktos will be comfortable enough to enable his keepers at RZSS Highland Wildlife Park to transport him the one mile distance across the Park to Victoria’s enclosure.

Arktos is expected to travel the short distance to begin his courtship with Victoria around mid-March. A great deal of planning went into the development of Victoria’s enclosure in the Highlands and it was specifically designed with breeding in mind. The enclosure is believed to be unique as it offers maximum animal management flexibility with both a large main enclosure and a smaller holding enclosure, in which Arktos will live separate (but adjacent) to Victoria, until their behaviour indicates that signs are right for the full introduction.

RZSS has become known as one of the leading authorities on polar bears, with its enclosure design and husbandry approach being mirrored by other zoological organisations across the world. In total, RZSS Highland Wildlife Park devotes more space to polar bears than any other zoological institution in the world – over four hectares, or 10 acres, in total – and the enclosures features soft grassy areas, natural slopes, ponds and trees.

Modern polar bear husbandry has moved on dramatically and these enclosures are unrecognisable from those that were commonplace even up to ten years ago, where many of the negative stories about polar bears in captivity originate. Following comprehensive research by experts in North America and Europe, the zoo community now has an incredibly thorough understanding of both the husbandry requirements of the species and how to care for and improve cub survival rates.

Douglas Richardson, Head of Living Collections at RZSS Highland Wildlife Park, said: “When we first take Arktos to Victoria, he will live in a separate enclosure adjacent to hers. The two bears will be able to communicate and interact through a secure large fence to start with. We fully expect to see them showing an interest in each other right away.

“As with any introduction of large predators, the process must be approached slowly and carefully, paying close attention to positive behavioural indicators, like vocalisations and body posture.  Whether we wait until Victoria comes into full breeding condition before mixing them together will depend on how they react to each other in the build-up to that key point.

Richardson added: “Polar bear conservation is definitely not simple or easy, but we have an important responsibility. As a conservation body with extensive bear husbandry experience, we truly believe we cannot afford to shy away from the task in hand. If we want to keep all the conservation options on the table for the future of polar bears, we must allow for the idea that a healthy captive population may provide a solution to the species’ plight.

“The birth and rearing of polar bears cubs will be of real value to the overarching breeding programme. As well as helping to highlight the plight of polar bears in the wild, any cubs born in the foreseeable future will remain within the vital safety net of the captive breeding programme. The shrinking polar ice-cap and shortening polar ice season has pitched the species to the forefront of conservation concerns.

Richardson added: “In an ideal world, conservation would happen first and foremost in the wild, but unfortunately this is not the scenario we are dealing with. The next best thing is a combined approach, with in-situ and ex-situ work taking place simultaneously and in a joined up manner. The zoo community has a duty of care to help this species survive and collectively our work is helping to preserve as varied a mix of genes as possible; it will also maintain the option of being able to return animals to the wild at some point in the future. Whilst Victoria’s cubs will never go back into the wild themselves, further down the line her offspring may well play a key role in restoring or augmenting populations in the Arctic.”