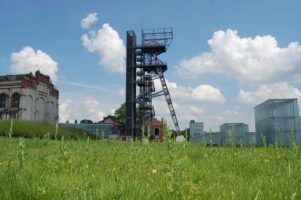 Friends of the Earth Scotland have today published a report setting out the serious dangers that Underground Coal Gasification poses in terms of climate change, local environmental impacts, and public health.

The report comes in the weeks before Professor Campbell Gemmell is due to submit his review of UCG to Scottish Ministers, under the current moratorium. FoES are urging the Scottish Government to act swiftly to ban UCG, and end uncertainty for threatened communities around the Forth and Solway Firths.

The report includes case studies from Australia, China, South Africa, the UK and the US and finds that:
• If Cluff Natural Resources’ Kincardine UCG project went ahead, around 120 million tonnes of CO2 could be released into the atmosphere, more than twice Scotland’s annual carbon emissions. There are a total of 6 licenses in the Forth and Solway Firths.

• Globally, Underground Coal Gasification would fuel climate change by potentially creating an extra 1650 billion tonnes of CO2 which alone is four times the amount that can be emitted if the world is to avoid catastrophic climate change.

• Irreversible environmental damage has been done by Linc Energy’s recent Underground Coal Gasification experiment in Queensland, Australia, prompting the Queensland government to ban the technology.
• The US has historically been the testing ground for several UCG experiments that have resulted in long-lasting contamination of groundwater.

• In South Africa, Eskom’s recent UCG trial ended with a US$70 million financial impairment of the site, reflecting its complete lack of commercial viability. Currently there are no commercial UCG projects operating in the US and Australia despite decades of research and development.

The author of the report, Friends of the Earth Scotland campaigner Flick Monk, said:

“The history of UCG is littered with contamination incidents, ground subsidence and industrial accidents. Given what we know about this technology’s chequered history around the world, plans to burn coal seams under the Firth of Forth are completely reckless.

The climate change consequences of UCG are enormous and allowing the industry to take root would be completely out of step with Scotland’s world-leading ambition on tackling climate change.

“We call on the Scottish Government to urgently ban UCG on climate change grounds. Scotland should be investing in clean, community-owned renewables instead of trying ever-more outlandish schemes to get more fossil fuels out of the ground.”

In 2014 local residents from around the Firth of Forth, concerned about underground coal gasification and its potential effects, set up the campaign group ‘Our Forth’. Callum McLeod, current chair of Our Forth and resident of Portobello said, “Communities have made it clear from the start that any technology that poses risks to our environment, coastlines and health is unwelcome in Scotland. We cannot let Cluff’s coal experiments go ahead in the Firth of Forth because the risks are simply too big.”

Cluff Natural Resources planned to set fire to coal seams under the Firth of Forth but put the project on hold due to the huge public opposition across Scotland and the subsequent moratorium in October 2015. Five Quarter, who also hold licences in the Firth of Forth and Solway Firth and planned to use the controversial technology, collapsed in March 2016.

Cam Walker, Friends of the Earth Australia Energy Campaigner commented, “Underground Coal Gasification technology has left a trail of destruction in its wake wherever it’s been tried. All three UCG experiments in Australia have been environmental disasters. This experimental technology is linked to contamination from dangerous gases escaping into nearby soils and groundwater, surface subsidence, and produces toxic waste.

“The contamination from the Queensland UCG trial was so serious that farmers nearby aren’t even allowed to dig down more than two metres without permission. As a result of this project, the state government concluded it wasn’t worth the risk and has committed to completely banning the technology. We urge other countries and states to learn from these disastrous trials and stop the industry before it can do any more harm.”

After the catastrophic failure of a UCG test project in Queensland, Australia, the operator is being sued by the Government for ‘irreversible environmental damage’. The company has recently gone into liquidation and so is unlikely to pay the clean-up costs estimated to be around A$30 million. The Queensland state Government has introduced a ban on the technology and there are now calls for a ban across the whole of Australia.

Yesterday, the Sunday Herald reported that Professor Campbell Gemmell shares many of FoES concerns around UCG and that his review is likely to go against the technology.