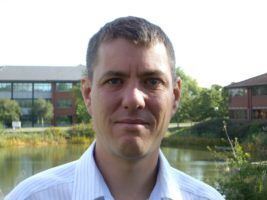 Professionals and businesses in the environmental sector have expressed concerns following the UK’s decision to leave the European Union. The European Union has previously protected the UK environment through policies and laws, but concern and uncertainty has risen now Britain has voted to leave. Richard Arnold, Technical Director at Thomson Ecology, the largest UK independent ecology consultancy, has commented on future legislation with regards to the environment.

Richard Arnold, Technical Director at Thomson Ecology, said: “Nothing has changed in the law or policy protecting wildlife following the outcome of the EU referendum. All the protection for wildlife that existed prior to the referendum is still in place and there is every indication that it will be retained for the foreseeable future.

“Firstly, all of the EU Directives which relate to wildlife protection (Birds, Habitats, Water Framework, Environmental Impact Assessment and Environmental Liabilities) have been transposed into UK Regulations. It’s true that these Regulations could simply fall away if the European Communities Act were simply repealed, however, it is much more likely that the Regulations would be kept in place until such time they could be deliberated by Parliament.  Tellingly, perhaps, the UK Law Commission’s recent review of protected species legislation recommended strengthening the legislation rather than weakening it.

“Secondly, protection for many of the species which we work with comes from national law and policy. The legislation that protects water vole and reptiles is UK legislation (the Wildlife and Countryside Act 1981) and all the species that we now consider to be European protected species (bats, great crested newts, dormouse, etc.) were protected under UK legislation before that advent of the Habitats Directive. If the Habitats Regulations were to be repealed it is likely that the current suite of European protected species would continue to enjoy protection under an updated Wildlife and Countryside Act.

“Thirdly, some protection for biodiversity transcends the European Union, notably the Ramsar Convention and the Convention on Biodiversity, to which the UK is a signatory. This means that we have an international commitment to work towards halting the loss of biodiversity, regardless of the status of our membership of the EU.”