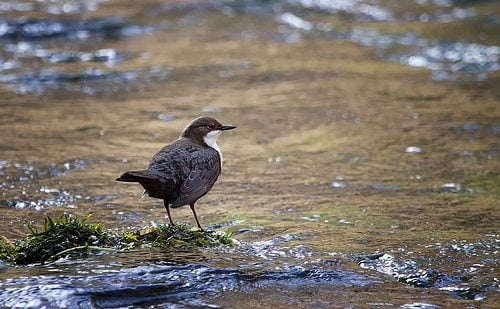 New research has claimed that wild birds that nest near urban rivers in South Wales are being affected by harmful pollutants that contaminate their food sources.

Researchers have observed Eurasian dippers, which are indicators of environmental status and can help scientists tell whether other bird species are at risk.

They noted underweight chicks and less hatching among female birds in the areas analysed, both of which are said to be caused by altered hormone levels, due to pollutants.

Prof Steve Ormerod from Cardiff University, who contributed to the study, said, “Pollutants are still a source of concern for the wildlife along Britain’s urban rivers despite very major recovery from the gross pollution problems of the past.

“Wild birds, such as dippers, are very important indicators of environmental wellbeing and food web contamination, and we need to know if populations, other species or even people are also at risk.”

The team analysed levels of polychlorinated biphenyls (PCBs) and polybrominated diphenyl ethers (PBDEs) in the dippers’ nests and saw that where these were high, chicks were underweight and hormones levels altered.

Specifically, scientists found a correlation between pollutants and depressed thyroid hormone, which was 43% lower in chicks in urban rivers than those on rural rivers.

Scientists have suggested that insects and fish located in rivers near urban areas can carry pollutants, which are then eaten by birds.

John Clark, the RSPB’s Futurescape officer said, “We need to work in partnership with water companies, regulators, statutory agencies and communities at a catchment scale to address those practices that continue to introduce damaging chemicals to our rivers.”