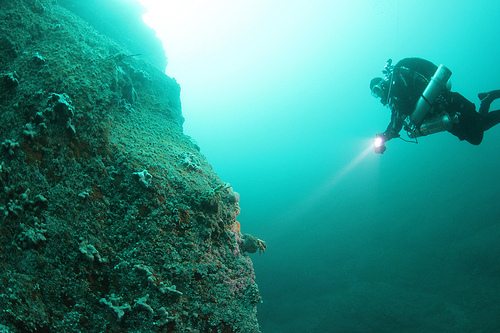 Experts have said that national governments should urgently change the way minerals are extracted from seabeds, in order to do it responsibly and avoid the destruction of marine ecosystems.

Speaking at the American Association for the Advancement of Science’s annual meeting, a group of scientists said that the deep sea mining industry should be regulated as soon as possible to avoid environmental devastation.

Almost 20 licences have been approved so far to companies planning to exploit the seabed of its natural resources, including manganese nodules, cobalt crusts and sulphides.

Elements extracted from the deep sea are used for many devices, including hybrid vehicles, wind turbines, smartphones and flat-screen display panels.

However, experts said that without a clear policy, the practice risks devastating entire ecosystems. They called on governments and the industry to start putting forward proposals on how to mine the seabed with minimal damage to the environment.

Cindy Lee Van Dover, director of the Duke University Marine Laboratory, said, “It is imperative to work with industry and governance bodies to put progressive environmental regulations in place before industry becomes established, instead of after the fact.

“One hundred years from now we want people to say, ‘They got this right, based on the science they had’.”

The practice is opposed by many campaigners who claim that too little is known about the effects on the environment and communities. They suggest that all governments should place a moratorium until more research is carried out.

In Namibia, the government decided to put on hold plans to mine phosphates in deep waters, at least until a complete environmental assessment had been done.

Bronwen Currie of Namibia’s National Marine Information and Research Centre said, “We have no real knowledge of the effects of this kind of mining on the marine ecosystem. Studies will go ahead over a few years and give the government the information it needs to make an informed decision.”