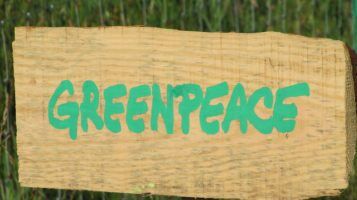 The DRC Government Has Violated Its Own Logging Moratorium

An investigation by Greenpeace Africa investigation have uncovered a breach by the DRC government to showed it violated its own 2002 moratorium on new logging titles, granting three concessions of a total of 650.000 hectares in 2015 to a company called Société la Millénaire Forestière SARL (SOMIFOR) in Equateur and Tshuapa Provinces, and to another firm called La Forestière pour le Développement du Congo SARL (FODECO) in Tshopo Province.

Researchers at Greenpeace acquired the concession contracts signed in 2015 by Bienvenu Liyota Ndjoli, who was then Minister of Environment and Sustainable Development.

On 30th of January 2016, Robert Bopolo Mbongeza, the Minister of Environment, Conservation of Nature and Sustainable Development (MECNDD) stated that “measures are underway” to lift the moratorium. At the time of his announcement, the Minister must have been aware that his predecessor illegally allocated these three logging concessions. Under the current Minister’s responsibility, a whole a series of meetings with villages in the concession areas took place and social clauses were signed in March and April 2016. In the briefing report published today, Greenpeace presents evidence that via these secret allocations, the DRC government is circumventing the moratorium, with the intention to lift it before preconditions have been met, threatening the world’s second largest rainforest.

Yet, it is clear that the preconditions for lifting this safeguard measure are far from achieved and that it would create an even greater chaos in the forest sector. “We demand that the DRC government immediately cancel SOMIFOR’s and FODECO’s concessions and ensure accountability of all officials associated with the violations. The Minister should also determine whether there has been any further breaches of the moratorium”, said Irene Wabiwa Betoko, Forest campaign manager at Greenpeace Africa. In a letter dated June 9th, Greenpeace asked the Minister of Environment for clarification about these flagrant violations of the moratorium, but never received an answer. These cases will be sent to the Public Prosecutor of DRC to investigate these issues.

The country’s 155 million ha of forests represent around a tenth of the world’s remaining tropical forest, and is home to forest elephants, gorillas, bonobos, okapis, hundreds of bird species and thousands of plants. The moratorium was established in 2002 to prevent a post-war free-for-all in the country’s huge forests, and protect this unique biodiversity. With World Bank guidance and financial support, the DRC was to transform logging into a sustainable industry generating billions of dollars of revenues and tens of thousands of jobs, while conserving the forest. Yet, instead of implementing the measures it committed to, the DRC government constantly violated this moratorium, allocating scores of illegal titles, fueling corruption and creating social and economic havoc.

To oppose the lifting of this moratorium, Greenpeace and other environmental and anti-corruption organisations have formed a coalition, and raised the alarm bells loudly in early 2016.

“The DRC government must maintain the moratorium on the allocation of new forest concessions as long as all the conditions defined by law are not met. Industrial logging does not generate significant tax revenue for the DRC government, contributing a pitiful USD 8 million in 2014. The Congolese authorities should consider and promote alternatives such as community forestry”, stated Wabiwa.

Some 40 million people in the country rely on these forests for their livelihoods, including food and fuel, whilst forest cover in the DRC alone stores 7% of the world’s forest carbon – making it one of the largest forest carbon stocks in the world.