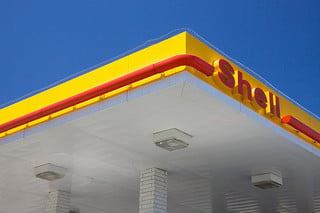 The Kulluk oil drilling ship ran aground near Kodiak island in Alaska on Monday during a severe storm. The rig is carrying 143,000 gallons of diesel and 12,000 gallons of other hazardous fluids and illustrates how drilling within the Arctic circle represents a serious risk to the environment and investors.

The rig was being towed south for repairs and improvements at a shipyard in Washington State in advance of the 2013 drilling season when crews ran into trouble during a winter storm on December 27. The Coast Guard had already evacuated the 18-member crew on Saturday, and are now working with Shell to refloat the rig.

Shell bought the Kulluk and leased the Noble Discoverer drillship to pursue a plan of opening the Arctic Ocean.

Salmon, sea lion and sea otter populations are all threatened should the double-hull rig leak or break up. Shell has said that the design of the Kulluk – with fuel tanks isolated in the centre of the vessel and encased in heavy steel – means that a significant spill is unlikely.

“Shell and its contractors are no match for Alaska’s weather and sea conditions either during drilling operations or during transit,” Lois Epstein, Arctic program director for The Wilderness Society told Reuters.

In December, a report by the University of Essex said oil investors could be exposed to “serious financial risk” if they fail to challenge multinational firms over their responsibility.