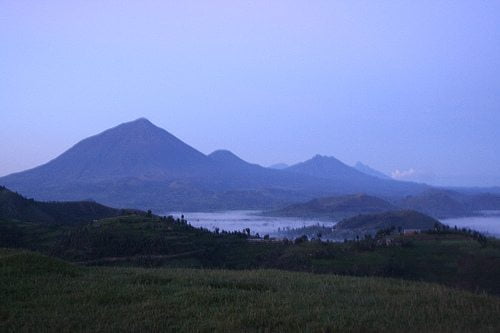 Oil and gas exploration firm Soco has responded to allegations made by the WWF around its drilling plans in the Virunga national park in the Democratic Republic Congo. The company has labelled the accusations as “inconsistent” with its actions.

The WWF has previously said that Soco’s presence in Africa’s oldest national park could increase investor risk because of environmental and social sensitivities. The charity also claimed that the oil and gas firm was hiding the potential risks of operations.

But in response, Soco said, “WWF’s claim is directly inconsistent with our admission that proceeding to future stages of activity is neither planned nor warranted at this time. Currently, and consistent with our previous statements, Soco’s only actual and planned activity has been associated with environmental and social studies, social investment programmes and scientific studies.”

These studies included a planned seismic survey on Lake Edward and “extensive community engagement”. The company added that it had conducted over 10 community meetings and found the response to be very positive. It stands by its commitment that its activity will employ the “most sustainable methodology practicable and the industry best practise is maintained”.

Commenting on Soco’s rebuttal, WWF said it “questions Soco’s suggestion that it has no plans for drilling and is only carrying out seismic tests under the auspices of scientific research”.

It added, “Soco’s production share agreement sets out and agrees future activities, including seismic testing, that culminates in drilling activity.

“Its chairman has said Soco would like to exploit any oil deposits that it may find in this fragile and volatile region, which has been internationally recognised for the global importance of its habitats and biodiversity. This potential future scenario cannot be ignored.”

The WWF filed an Organisation for Economic Co-operation and Development (OECD) complaint against the company in late 2013, which was accepted by the UK’s National Contact Point (NCP) for the OECD.

However, Soco added, “It is misleading to say the NCP will investigate Soco’s activities. The NCP’s initial assessment says that the examination will focus on the issues raised and that the aim is for the parties to reach an agreement.” It went on to say that it was a misstatement to say that further examination infers any form of wrongdoing.

The UK Sustainable Investment and Finance Association (UKSIF), the trade body for sustainable finance in the UK, has previously hosted a webinar looking at the Soco situation in Congo and the WWF’s subsequent accusations.

Chief executive Simon Howard said, “Without commenting on the detail of the Soco/WWF case – which is undecided – it does highlight how important it is for all companies in every sector to consider the impact of their activities on the environment and local residents.

“There can be no doubt that company reputations and behaviours now affect their sales and, as a consequence, their share price. If an investor doesn’t consider the threat to their savings from these factors they may well get some unpleasant shocks.”

He added that the issue for investors in all carbon and extractive stocks is how, or even if, those firms can operate in a world of carbon taxes and higher environmental standards: “The position Soco finds itself in is probably just an indication of what’s to come.”