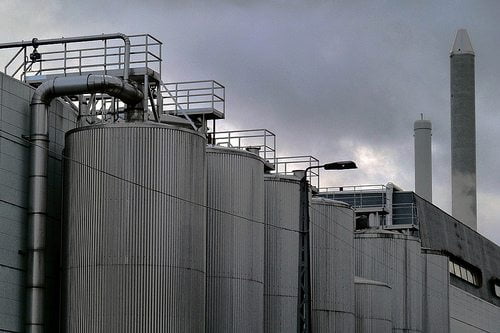 Sustainable company of the week: Novozymes

Mentioned less frequently – but playing as important a role – is the increasing use of enzymes to replace chemicals. Detergents, for example, relied for decades on strong chemicals to eat away at dirt and stains; enzymes provide a sustainable alternative that is just as effective and is beginning to translate into other uses.

Novozymes, a company committed to industrial enzyme production, has served as a leader in the industry. The company enjoyed a 7% increase in organic revenues in 2013 due to growth in both its home and bioenergy enzyme divisions. The reported earnings are telling, as 36% of sales came from the home enzyme position and 16% of sales from bioenergy. Novozymes expects 2014 to be an even stronger year, anticipating 6-9% growth expected as a continuation of trends seen in 2013.

Detergents are increasingly replacing surfactants (soap) and other conventional ingredients with enzymes for improved washing performance. Enzymes are often used in detergents formulated for cold-water laundry, which results in lower energy bills. Last year, Novozymes launched a new enzyme that improves the performance in liquid dishwashing.

Novozymes states its new enzyme is particularly effective at removing protein such as cheese, egg yolk and meats from dishes.  The company believes it has more than 60% of the detergent enzyme market in a “practical duopoly” with Dupont. Segment revenues increased 9% last year as enzymes are increasingly incorporated into detergents and as penetration grows in emerging markets as more people can afford washing machines and higher-quality detergents.

Enzymes are used in the production of ethanol, and investors have focused on Novozymes’ role in the biofuels market.  While there is concern about using food crops to produce ethanol, Novozymes takes the ‘second generation’ approach: fermenting sugars from scrap corn cobs, woody crops and other organic materials.  The ethanol is then blended into gasoline by refiners and helps contribute to growing the fuel supply.

Novozymes controls 60% of the enzyme market for biofuel enzymes. Segment revenues increased 12% in 2013 despite US fuel ethanol production remaining flat compared to the prior year. Revenues increased due to the introduction of products such as Avantec, which is an enzyme that helps convert more of the starch into sugar and enables ethanol producers “to squeeze an extra 2.5% ethanol out of the corn, thereby improving their profit margins significantly”, according to Novozymes.

Novozymes is poised to make a greater impact in the food industry, as well, with the launch of its new product, Novozymes LpHera. The product will improve the liquefaction stage, significantly reducing the amount of chemicals needed to break down starch.

“Approximately 60m tons of starch is converted into sweeteners and ingredients per year, and these are used in a wide variety of popular consumer food products, including confectionery, soft drinks, sauces and canned fruits”, according to the company.

The new enzyme “is designed to break down starch in a way that creates more dextrose when compared to the conventional enzymes used during this process stage”.

Looking ahead, we believe Novozymes’ broad-based business and market-leading position are attractive. We are also attracted to the environmentally-responsible aspect of the company.

Novozymes writes, “Typically, small amounts of enzymes are used in industrial processes in a targeted way to speed up reactions and reduce the temperature at which processes take place, thereby saving water, energy and chemicals.”  Therefore, while we may take some profits in Novozymes on valuation concerns, we continue to recommend holding the stock in accounts.

Chat Reynders is chairman and CEO of Reynders, McVeigh Capital Management. He brings more than 20 years of experience in investment management and social venture investing to the company.