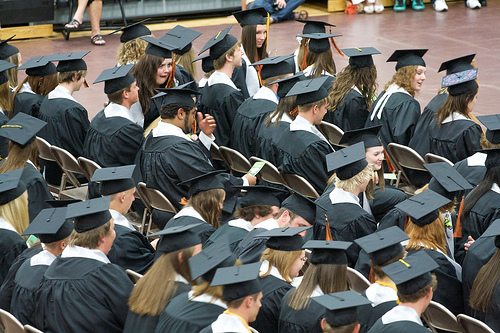 The recession has made teenagers more conscious of environmental and social problems, according to a study in the US.

The research, published in the Social Psychological and Personality Science journal, found that students who graduated during the recession were more concerned for others and more interested in helping the environment.

Psychologists studied survey data collected from high school students during the global recession (2008-2010), just before the recession (2004-2006) and the earliest period for which data was available (1976-1978).

They claim that 63% of recession-era 12th graders (17 or 18-year-olds) said they made an effort to turn down the heat at home to save energy, compared with 55% before. Thirty-six per cent said they would be willing to use a bicycle or public transport to get to work, up from 28%.

Patricia Greenfield, professor of psychology at UCLA and senior author of the study, said, “This is the silver lining of the Great Recession.

“These findings are consistent with my theory that fewer economic resources lead to more concern for others and the community. It is a change very much needed by our society.”

It found that for 49% of millionaire investors from Generation Y, also known as the Millennial Generation, social responsibility was a factor in their investment decisions.

This concern was less evident in older generations, with 43% of millionaire investors from Generation X, and 27% of seniors claiming to take into account social responsibility.