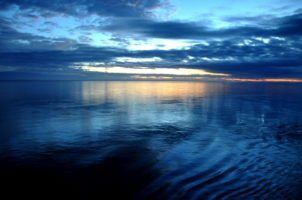 Tackling the environmental impact of microplastics.

Microbeads can be used in medicine for a range of treatments, but do we really need them in face wash and other body scrubs?

Recently a number of countries have decided to ban cosmetic microbeads, including the US and Canada. Here in the UK, Parliament’s Environmental Audit Committee has called for a national ban by the end of 2017.

“Trillions of tiny pieces of plastic are accumulating in the world’s oceans, lakes and estuaries, harming marine life and entering the food chain.

“The microbeads in scrubs, shower gels and toothpastes are an avoidable part of this plastic pollution problem. A single shower can result in 100,000 plastic particles entering the ocean.

We need a full legal ban, preferably at an international level as pollution does not respect borders.

“If this isn’t possible after our vote to leave the EU, then the Government should introduce a national ban. The best way to reduce this pollution is to prevent plastic being flushed into the sea in the first place.”

Across the globe there is overwhelming evidence that microbeads are in our oceans and the rate is increasing. Here in the UK, microplastics are being found in our oceans by scientists who are trawling the surface of the water with a fine mesh.

The majority of microbeads which are used on land enter the sewerage network where it is estimated about 1% remain in solution and do not get filtered. Up to 86 tonnes of microbeads from personal care products are washed into the marine environment from the UK every year.

The problem with microbeads is that they end up in the food chain and the long term effects to human and marine health are still not known.

How can you help?

The Green Blue, the joint environment programme created by the Royal Yachting Association and British Marine, is mindful that people having showers on boats without greywater holding tanks will be contributing to the amount of microbeads in the ocean possibly without realising it.

“As boaters we all have a vested interest in protecting the environment where we spend our leisure time and The Green Blue is dedicated to ensuring you get the best possible advice on how to do that.

“Grey water discharge from sinks and showers can be very damaging to sensitive aquatic life. There are a number of publications which list the scrubs that do and do not have microbeads in them – the most up-to-date being Flora and Fauna International’s Good Scrub Guide.

“Boaters may also like to download the app called ‘Beat the Microbead.’ Using this app you simply scan the barcode and it will tell you if the product has microbeads. The Green Blue team used the app in the shower facility at the RYA and found one item to have microbeads in it. The owner did not know that microbeads were in the product.

“There is an array of highly effective natural sustainable options that have a hugely reduced impact on the environment, so we urge boaters to think carefully about the impact of their grey water discharge.”

Government will respond to the recommendations of the Environmental Audit Committee in the coming months – watch this space!

For more advice on how to maintain, equip and operate your boat in an environmentally friendly manner visit: