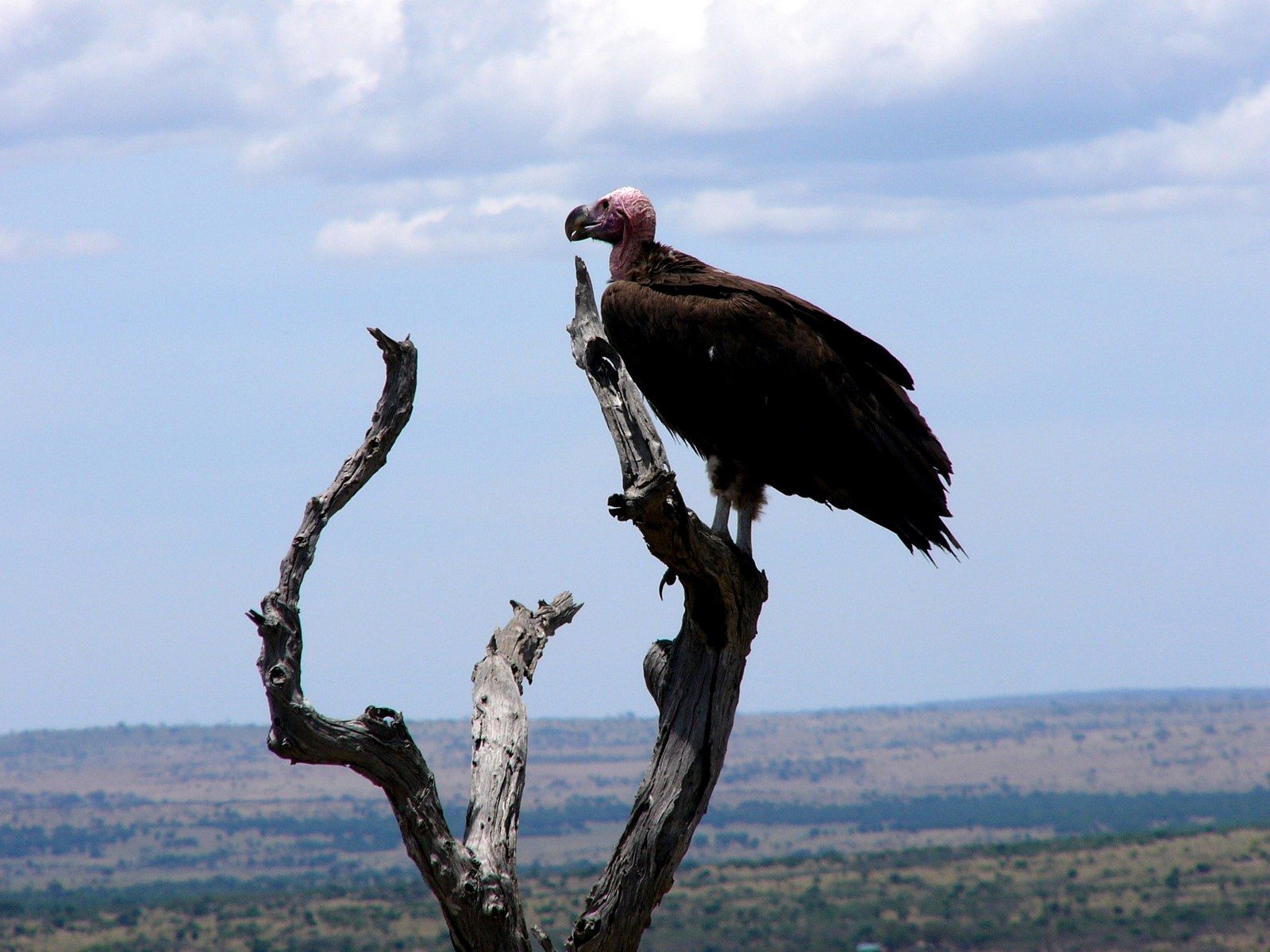 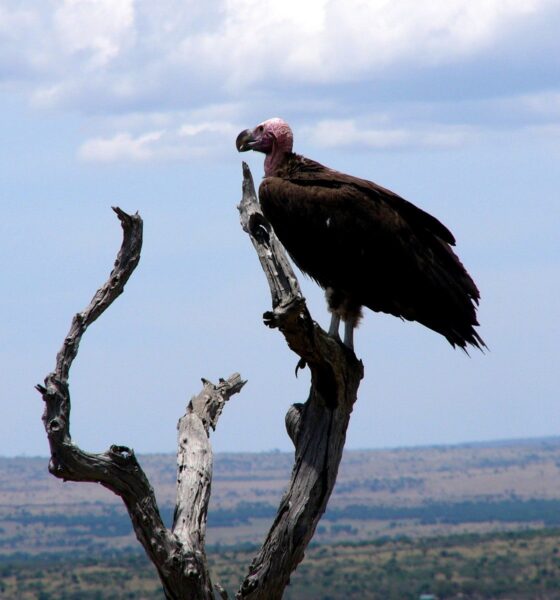 What’s a vulture worth? A lot more than you might think, says campaigner, writer and sustainability adviser Tony Juniper.

Editor’s note: The following is excerpted from What Has Nature Ever Done For Us? How Money Really Does Grow on Trees (2013) by Tony Juniper. In the book, the author explores the economic value of nature, pointing to examples of natural services that are (or were) provided for free by nature, and which are being removed at our cost. Juniper argues that in light of this realisation, we should stop treating natural systems in a destructive manner. This excerpt originally appeared on Ensia and appears here with permission from Synergetic Press, .

One bright clear morning in April 1993, I was aboard a British Airways 747 that was preparing to land at New Delhi Airport in India. As the aircraft started its final descent from about 1,000 metres, I noticed vultures. Their broad wings, with flight feathers spread out like a span of long fingers, had taken them to the height of the plane. From this vantage point their incredibly sharp vision would enable them to scan the land for the dead animals they feasted on.

Riding thermals just a few hundred metres from where I sat, the huge soaring birds flashed by the windows. It crossed my mind that one might get sucked into an engine, as from time to time they do. Aside from immediate safety worries, I was fascinated to see such a number of large birds of prey flying over a built-up sprawl of houses, roads and industry. I was impressed by their abundance — little did I know that these birds were in big trouble. About a year earlier, vulture numbers in India had begun to go down — and fast.

Three different kinds of vultures are native to India and all of them had recently declined at a truly unprecedented rate. There were about 40m vultures in India in 1993, but by 2007 the population of the long-billed vulture had dropped by nearly 97%. For the oriental white-backed vulture it was even worse, with a 99.9% drop in numbers during that same period. In other words, it had gone virtually extinct.

The decimation of the vultures was inadvertently brought about by a new anti-inflammatory drug called diclofenac. Initially developed to treat people, it was also used to help livestock. The immediate, often dramatic beneficial effects it caused in sick animals made the drug very popular with country vets. But if animals are treated with diclofenac a few days before their death, traces of the drug remain in their bodies. Vultures live from the dead bodies of other animals. So when they fed on cattle, water buffalo and other carcasses, the drug went into the vultures’ bodies. It poisoned them, and then they died.

Matters were made worse by the fact that dozens or even hundreds of vultures feed on a single carcass, so when a dead animal has traces of diclofenac it can affect a lot of birds in one go. As a result, all three Indian vulture species are now listed as critically endangered. The oriental white-backed vulture has gone from being what was thought to be the most numerous large birds of prey in the world to one of the most imperiled. Its population at the time of writing is believed to be no more than about 10,000 birds.

While at first sight the loss of vultures might be of interest mainly to bird conservation groups, it was soon found that a whole lot of other people were affected. The question of whom and by how much was investigated by a research team led by Anil Markandya. His team used interviews, field surveys and various official information sources to find out how much the near disappearance of the vultures had cost the Indian economy.

One set of costs was borne by the very poor people who used dead cattle remains as a source of raw materials. When cows fell dead, they were skinned by people supplying the leather industry. With the skin removed it was easy work for the vultures to quickly dispose of the flesh, leaving the bare bones drying out in the hot sun. The bones were then collected and sold as feedstock for the fertiliser industry. Not nice work, but for very poor people at least a source of income.

Putrefying bodies of large animals left out in the sun are a public health hazard, and with no vultures to clean them up they were burned or buried. In this way the disappearance of the vultures deprived many poor people of at least part of their livelihood. It also created new costs for communities, who had to stump up for carcass disposal. Even if any carcasses were left out, the bones that remained were generally of poorer quality because other scavengers, such as feral dogs, don’t clean them as thoroughly as the vultures.

The loss of the vultures also created concerns for faith communities, notably the Parsi. The practitioners of this faith believe fire, water, air and earth are pure elements that should be protected from contamination. This is why for thousands of years they have laid out their dead in the open air at remote hill locations called ‘Towers of Silence’. Vultures frequented these places and quickly reduced corpses to bones. With their loss, the Parsis have had to resort to other means for disposing of their dead, including solar concentrators which produce high temperatures and reduce a body to bones in about three days. Such devices cost about $4,000 each.

The costs felt by poor working people through the loss of raw materials and by the Parsi in making alternative funeral arrangements are minor, however, compared to the consequences for public health. Rotting carcasses provide a rich breeding ground for bacteria, including those that cause disease in humans, such as anthrax. The decline of vultures has also created more space for other scavengers — such as rats and dogs.

Researchers looked at dog population estimates and found evidence that the decline in vultures had been accompanied by an increase in dog numbers. Chris Bowden helps to co-ordinate a coalition of groups called SAVE (Saving Asia’s Vultures from Extinction). He gave me an impression of how much cleaning work the vultures were doing: “The 40m or so vultures that lived in India during the early 1990s were between them eating about 12m tonnes of meat a year, mostly from dead cattle but also some water buffalo.”

It was estimated that this quantity of food, made available after the vultures had gone, would sustain around 4-7m more dogs. And that appears to be exactly what happened. Between 1992 and 2003 the dog population is estimated to have gone up by about 7m. And, while the estimated increase in dogs does not prove a causal link between declining vultures and rising dogs, the fact that official sources also indicated a relatively stable dog population between 1982 and 1987 (when there were still a lot of vultures) suggests that the two trends are indeed related.

And these dogs are feral. They receive no veterinary care and carry many diseases, notably brucellosis and distemper, which can be spread in livestock and to humans, and rabies. India has the highest rate of rabies infection anywhere in the world, and dog bites are the main way people contract it. Over 95% of fatal cases start that way.

The researchers found evidence for an increase in rabies in rural areas during the period when the vultures declined with infection rates heavily biased toward the poorest people. Rabies had been partially controlled in India with vaccines, but in the years after the vultures declined, when the dogs increased, there was a rise in people seeking post-exposure treatment — that is, people who had been bitten.

Markandya and his team of researchers attempted to put some numbers on this. They estimated that in the period 1992 to 2006, nearly 40m additional dog bites occurred due to the increase in dog numbers. These, they estimated, led to between 47,395 to 48,886 additional deaths from rabies, compared with if the vultures had still been there. This is a remarkable conclusion: nearly 50,000 people are estimated to have died because of the disappearance of the vultures. Remarkable too is the estimated impact on India’s economy. Between 1993 and 2006 the loss of the vultures was estimated to have cost the country about $34 billion.

These numbers have not gone unquestioned. The work of Markandya and his team relied heavily on public data, some of which was incomplete. Their findings also rested on a good deal of statistical analysis, and so the numbers I have cited here, and which came from research, are open to challenge, and the authors agree that more work is needed. On the other hand, the researchers built in assumptions that tended to make their estimates more conservative, so the true costs could actually be higher than those quoted. They certainly dwarf the economic gains from improvements to cattle farming that came with diclofenac.

Even if the true cost was an order of magnitude lower than their figure of $34 billion — let’s say $3 billion — it seems to me that it would still be economically sensible to do what the researchers suggested. That is, to ban the diclofenac that killed the vultures and to begin a large-scale captive breeding programme, so that the birds’ former numbers might be restored. New drugs which do not harm vultures are now available to treat farm animals, while the cost of a proper vulture captive breeding program over twenty years would cost less than $100m.

There has been some success in cutting diclofenac use. Chris Bowden says: “A ban was imposed and it was made an imprisonable offense in India to make and sell vet formulations of diclofenac. But companies are still making the human version of the drug, and selling it in vet-sized bottles. So its use is down, but it’s still being used at a level that will prevent the recovery of the vultures.”

It is perhaps appropriate that some of the garbage wagons that take away household waste are called vultures. They get a bit smelly in the summer, but, as has been the case with their namesake birds, if they don’t turn up people soon notice. One big difference, of course, is that when the birds arrived for work, they provided their services for free.