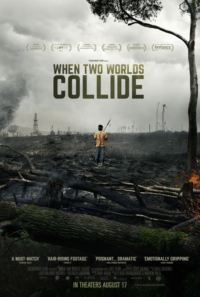 UK release date for the documentary When Two Worlds Collide has been set for September 2016.

Yesterday, The Film Sales Company, Picturehouse Cinemas, and Yachaywasi Films in Association with the Ford Foundation was delighted to announce that their documentary When Two Worlds Collide, which chronicles eco-activists in contemporary Peru, will be released in UK cinemas from 9th September 2016, following it’s US theatrical release this summer.

Directed by Heidi Brandenburg and Mathew Orzel and Produced by Taira Akbar, When Two Worlds Collide is the Sundance World Cinema Documentary special jury prize-winner, which received its international premiere at Hot Docs in Toronto International Film Festival 2016 and its European premiere at this year’s Sheffield Doc/Fest.

In this tense and immersive tour de force, audiences are taken directly into the line of fire between powerful, opposing Peruvian factions who will stop at nothing to keep their respective goals intact. On the one side is President Alan Garcia and the Peruvian government who, eager to enter the world stage, begins aggressively extracting oil, minerals, and gas from untouched indigenous Amazonian land. He is quickly met with fierce opposition from indigenous leader Alberto Pizango, whose impassioned speeches against Garcia’s destructive actions prove a powerful rallying cry to throngs of his supporters. When Garcia continues to ignore their pleas, a tense war of words erupts into deadly violence.