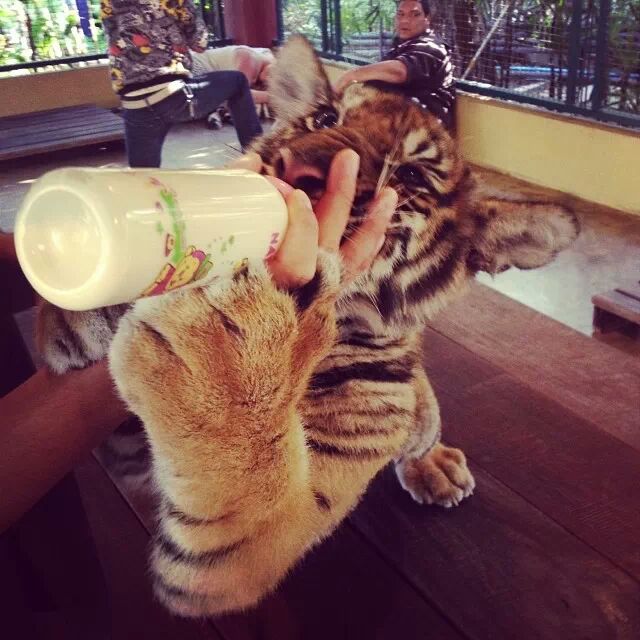 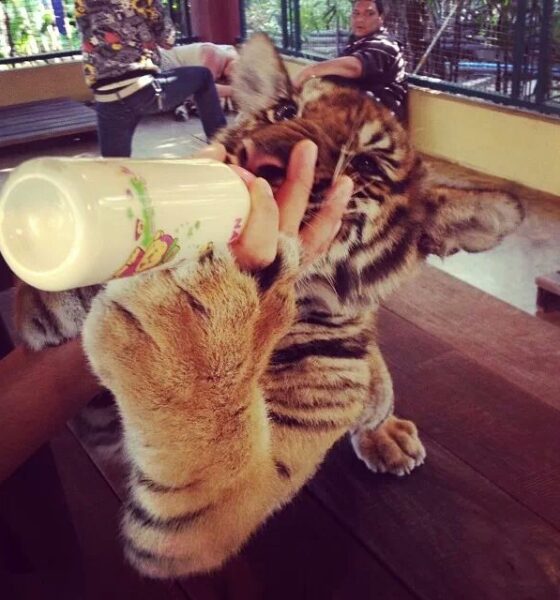 Francesca Baker asks whether humans are more of a hindrance than a help when it comes to animal conservation.

Most of us love cute and cuddly things, especially when we get to see them up close. Animal shelters and sanctuaries, nature reserves and zoos all allow us to see our favourite wild species up close, and do a job in supporting their longevity, providing animals with a human helping hand. But are humans helping, or would we better off leaving animals to their own devices?

On my travels around south-east Asia, I came across numerous shelters, sanctuaries and wild animal parks purporting to be saving endangered species. Often controversial, these places would allow rides, petting and viewing, charging a hefty cost, with the funds going towards supporting the animals.

Debates ensued as to whether we should visit or not. Were we doing a valuable service, or playing into animal abuse? This article isn’t looking at which ones were genuine versus those that weren’t; people should make up their own minds which to support.

There have been reports of beating elephants and doping tigers, and indeed some degree of ‘violence’ is necessary to train these wild animals to interact with people.

But let’s take a positive view. The majority, it seems, are a help. But they only exist because humans have been a hindrance for so long. And as always, our remedy is to set up a business to alleviate the damage, in the form of some kind of salvation tourism.

The WWF estimates that over 10,000 species are made extinct every year. The main causes of this are deforestation and trafficking for exotic pets, tropical gifts and traditional medicines.

In Thailand, a record-breaking 9.6m acres of forest was cut down in the 1990s, and now only a few areas of protected parkland remain. Across the globe, forest destruction is responsible for 2-5% per decade of global biodiversity losses. Commercial hunting causes vast culling of animals, all for apparent human gains.

There’s clearly a demand for it. In 2013, officials at Thai international airport Suvarnabhumi seized over 1,000 animals being trafficked via passenger baggage. One suitcase from Bangladesh was found to house over 470 live tortoises.

The answer has been to create wildlife parks such as the Elephant Park in Chiang Mai, or the Wildlife 1 Sanctuary, also in Chiang Mai, which is an off-grid, self-sustainable rehabilitation centre, training area and vetinary park, focusing on tigers. Unfortunately, once tigers have been supported in this way, and subject to a human influence, they are unable to be released back into the wild. In fact, it has never been achieved successfully.

Humans have created a problem they are now attempting to fix. And we are enjoying fixing it, if the ‘save the whales’ T-shirts, prized photos with tigers and pricey tickets to nature parks that are little more than zoos are anything to go by.

Sanctuaries and reserves are criticised for not being natural, but the situation we have created is one where nature is not natural. We’ve messed with the natural order and it has gone wrong. So it is our responsibility to fix it.

Fixing it isn’t possible of course; too much damage has been done. Once extinct, always extinct. But prevention is better than a cure. These parks and places are doing a good job. But only because we did such a bad job to start with.