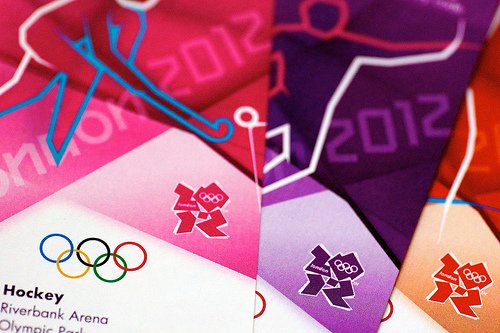 We want to take this opportunity to wish all the national teams and individuals all the best in the 2012 games. While we would obviously like Team GB to be on the highest podium in every event, we celebrate the best and welcome them to London – the greatest capital city in the world.

Our positive and inclusive bid to host the Olympics was deservedly won. Around 40% of those who live in London were born outside this country. It is one of, if not, the most international cities in the world.

Tonight, the 2012 Olympic Games will open in a £27m spectacular. We will then witness two weeks of the most exceptional sportsmen and women from around the world competing in East London to show us all what the human body at its peak is truly capable of. For many long years, these incredible and committed people have given their lives to the Olympics – to be the very best that they can be.

While the games are fundamentally about competition where there are winners and losers, it is a profoundly meritocratic, diverse and optimistic competition. There will be cynics, naysayers and critics aplenty; after all, complaining is a sport Britons win gold in, but we fervently hope that this international event is the great success it deserves to be.

As a government & politics undergraduate at the University of Essex, I studied Professor David Sanders’ exceptional book, Losing an Empire, Finding a Role. In it, he describes the United Kingdom’s struggle with its identity after 1945, covering the period when it last hosted the Olympic Games in 1948.

While the Olympic symbol has five interlocking circles representing Europe (blue), Asia (yellow), Africa (black), Oceania (green) and America (red), the UK has been trying to juggle the three interlocking circles of our strategic interests. How do you balance a great power’s interests in a far-flung and fracturing Empire in decline, a Europe emerging from war and scrabbling towards political and economic union and a superpower United States?

The United Kingdom has rightly prided itself on upholding the highest ethical standards in this three-ball juggling act. Our long-standing commitment to freedom, democracy and the rule of law, have been a gold standard at times.

Over the centuries, we have exported democracy and a genuinely liberating system of common law, fought slavery, ignited the industrial revolution, defeated vainglorious dictators from Napoleon to Hussein, championed free markets and open borders, created a model health service and helped lead the world in the information revolution. We remain today, the home of some of the world’s greatest inventors and innovators, a powerhouse of ingenuity and creativity.

But, some would rightly say that the UK prosecutes dubious wars, illegally renditions and tortures and our foreign, pornographer, tax avoider owned national press is profoundly out of control – hacking phones and bribing police. Our politicians are on the make, we fix international financial standards such as Libor, mis-sell financial products and assist in money laundering. We operate oligopolies locally in media, retail and pharmaceuticals and assist tax evasion on an industrial scale. We’re also selling weapons to brutal regimes, harbouring odious dictators, denying vital drugs to the sickest nations and manipulating commodity prices so the poorest nations suffer. And now, we are also splurging billions hosting a militarised and privatised sports day, when we can’t even look after those who return from fighting our wars or the most vulnerable in our own society.

The reality is that both positions are true in whole or in part, and we so often fall far below the highest standards we expect of others.

We must loudly complain when we, or our organisation, abuses hard won freedoms. We should vote against those who fail us or persecute those who cannot defend themselves, whether that vote is at the ballot box or as shareholders and consumers. We should demand that those who break the law are held to account whether they are mindless petty thugs or ruthless city thugs. We should also question ourselves on how we limit others’ freedoms by our own actions, by what we buy and invest in, how we fall into autocratic ways at home and at work, and how we break the spirit, if not the letter, of the law by what we do day-in, day-out.

As London 2012 begins, we think this is a time to be optimistic. Two hundred and four nations and 10,500 athletes are coming together on our shores for two short weeks to be the best they can be. There will be gold medals for both the richest and poorest nations, for people of every different race and creed. The Olympics motto is “Faster, higher, stronger”, and the creed, as described by Baron Pierre De Courbetin, the founder of the International Olympic Committee, is:

If these thoughts are humanity at its best, then we should aspire to emulate those ideals in all human endeavours. Just as the United Kingdom has struggled aligning the three interlocking circles of strategic interest (Empire, Europe and US), so we must all work to align the three interlocking circles of global strategic interest: the planet, its people and global prosperity. To be the best that we can be.