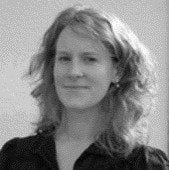 For the patient and painstaking work on raising awareness and driving action for responsible ownership amongst institutional investors. The pension funds who are responsible for the vast majority of investment in the UK.

Catherine joined ShareAction in July 2008, having previously been the founder and lead organiser of West London Citizens. Earlier in her career she was Senior Researcher at the New Policy Institute. Catherine is a board member of Green Alliance and of the Scott Trust, owner of The Guardian, seving on the Scott Trust’s investment committee. She was a Member Nominated Trustee of The Pensions Trust (the multi-employer pension scheme for the UK’s not-for-profit sector) for five years until Spring 2013. She served for four years on The Pensions Trust’s Investment Committee.

Catherine holds a First Class BA in Modern History from Oxford University and an MSc in Industrial Relations from the London School of Economics. In June 2011 Catherine was named a ‘Rising Star of Corporate Governance’ by Yale University’s, Millstein Center. In 2013, Pensions Insight featured her as one of the 50 most influential people in pensions and in May 2011 Investment and Pensions Europe called her one of the ‘top ten women in pensions’. Catherine was recognised by the World Economic Forum as a Young Global Leader in 2014.