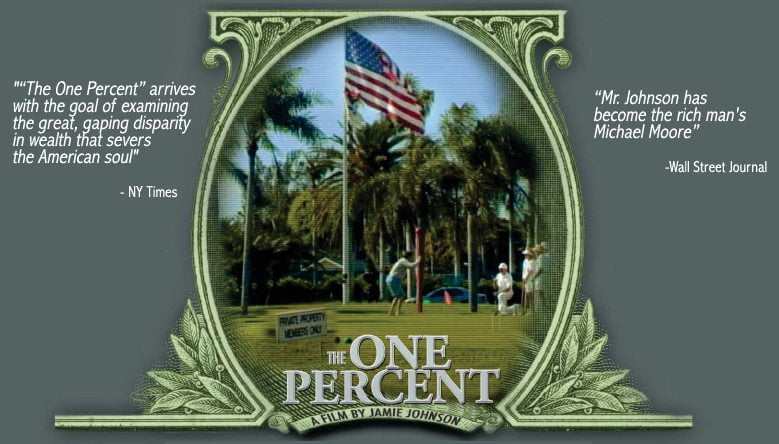 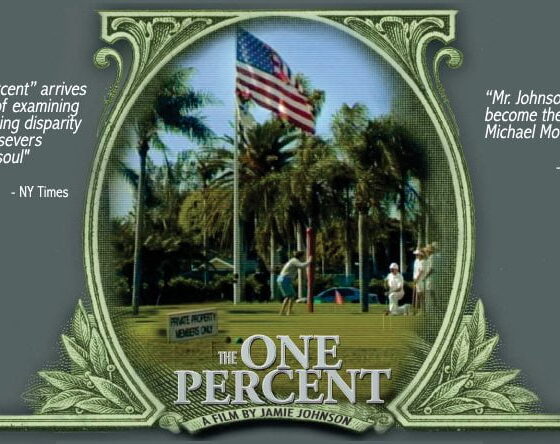 Filmmaker Jamie Johnson, who is heir to the Johnson & Johnson fortune, looks at the growing wealth gap in the US in the 2006 documentary The One Percent.

As the title suggests, the film examines the wealthiest 1%, who control almost half of the wealth, and compares their lifestyle to that of the average American.

Johnson demonstrates the differences through a series of interviews with people from all walks of life, including Bill Gates Sr, Steve Forbes and Milton Friedman, the economist who coined the term ‘trickledown effect’.

The use of real world examples that show how wide the wealth gap is makes this humorous documentary hard-hitting. The political, moral and emotional rationale that enables such a gap to occur is assessed and the cuts between the haves and have nots are certainly thought-provoking.

The One Percent also shows how those with extreme wealthy in America have bought enough political influence to reap more money and exploit others. The film raises a number of questions about how such a gap was able to occur and the morals of those who hold it.