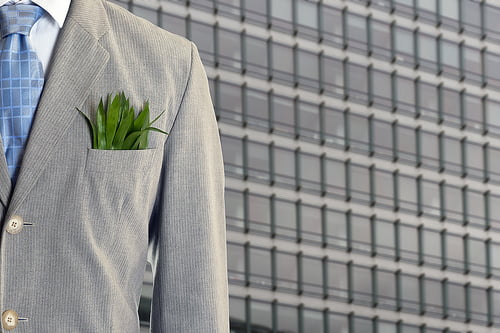 Last week saw the incorporation of the UK’s Green Investment Bank (GIB) as a company, another step towards “the world’s first investment bank solely dedicated to greening the economy”.

The Government is waiting for state aid approval from Brussels and hopes the bank will be fully functional by the end of the year. The Coalition’s priorities are offshore wind power generation; commercial and industrial waste processing and recycling; energy from waste generation; non-domestic energy efficiency and support for the Green Deal.

It’s all part of its increasingly discredited claim to be “the greenest government ever”. The GIB “will be a key component of the progression towards a green economy, complementing other green policies to help accelerate additional capital into green infrastructure”, according to the Department of Business, Innovation and Skills.

“Its mission will be to provide financial solutions to accelerate private sector investment in the green economy. Capitalised with £3 billion, the GIB will play a vital role in addressing market failures affecting green infrastructure projects in order to stimulate a step up in private investment.”

Well, up to a point. The Government says that £200 billion of investment is needed in the energy system alone by 2020 but the GIB will not be able to borrow money from the capital markets until the government has met its deficit reduction targets. While £3 billion is a lot of money, it is paltry compared to the investment that is needed and also to the amount that the GIB could put to work if it was able to leverage its assets and its government backing by borrowing.

At the moment, we’re projected to cut the deficit by 2015-2016, but the way things are going in the eurozone and the UK economy, it is anyone’s guess as to when it will actually happen.

There is also concern that the bank will be lending on commercial terms. Not only does this make it less likely that the GIB will fund the early-stage, higher risk technologies that are most in need of support, it will also be competing with private sector banks that would back projects that are at, or close to, commercial viability anyway.

The disputes around the GIB crystallise the arguments in government around the separate issues of austerity and climate change. In March, a group of investors and campaign groups wrote to the Chancellor, George Osborne, urging him to do more to boost investment in clean technology and “engage with the macro-economic case for a greener and more sustainable economy”, wryly noting that “while it may be unfair, there is a widespread impression that you and your department are not signed up to the Prime Minister’s ambition to lead the ‘greenest government ever’”.

Osborne, who at last year’s Tory conference said that “we’re not going to save the planet by putting our country out of business”, appears to believe that there is a binary choice between growth or the environment. And while his apparent anti-green bias plays well with a particular section of the Tory faithful, it seems increasingly out of touch with many of his own colleagues in the Coalition, as well as many businesses and investors.

It is unsurprising that Liberal Democrats such as deputy PM Nick Clegg and energy minister Ed Davey have spoken up for the benefits of environmental policies, but to see a hero of the right such as William Hague warning that ministers are undermining potential exports by failing to speak up for low-carbon growth, as he did in a recently leaked letter to the prime minister, marks a real change in the debate.

As the disputes intensify over how to get the economy moving again, the role of the GIB is likely to come into sharper focus. The Aldersgate Group, a campaign group of businesses, politicians, NGOs and academics, points out that “the UK is facing a time of considerable economic stress. Restoring growth and re-balancing the economy are urgent priorities. Focusing our recovery effort on low carbon growth can re-power the economy, increase our energy security and help tackle climate change.”

Taking up Hague’s point, it adds that “rapidly accelerating investment in low carbon and environmental technologies will also increase the competitiveness of Britain’s businesses in the global market, protect consumers from fossil fuel price shocks and stimulate growth, especially in the regions”.

However, for this to happen, it says, “The Government must ensure the Green Investment Bank is sufficiently capitalised by at least £4-£6 billion over the next four years according to preliminary independent analysis. Over time this could leverage over a hundred billion more in investment from the private sector. It is the minimum required to ensure the Bank fulfils its potential to help make the UK a world leader in the supply and deployment of low carbon technology and the catalyst for a green jobs boom.”

A report from the Institute for Public Policy Research makes the same point more succinctly with its title: The Green Investment Bank – do it now, make it big.

The role model here is Germany’s KfW – a government-backed development bank that in 2010 invested more than €25 billion in environmental and climate protection. The Coalition is going to be under ever-increasing pressure to come up with a credible growth strategy – and soon. The Green Investment Bank could and should be a big part of such a strategy.