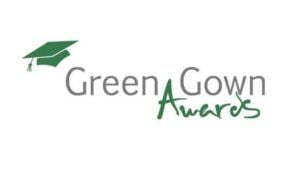 Today Global Universities Partnership on Environment and Sustainability  GUPES Members have been announced as finalists for the GUPES Green Gown Awards. The awards are jointly supported by the United Nations Environment Programme (UNEP) and the Environmental Association for Universities and Colleges (EAUC).  Winners will be announced on 12 September at a ceremony at MIT, Boston.

The GUPES Green Gown Awards is a joint initiative supported by the United Nations Environment Programme (UNEP) and the Environmental Association for Universities and Colleges (EAUC), which expands the Green Gown Awards further across the globe, with an emphasis on profiling and learning from the Southern Hemisphere.

Iain Patton, CEO of EAUC, said: “All around the world universities are beacons of hope for a more sustainable future. The GUPES Green Gown Awards recognise and celebrate the powerful contribution of university staff and students and most importantly let us learn and benefit from their excellence.”

Asia and the Pacific: Community Engagement

Further details on the GUPES Green Gown Awards can be found here.