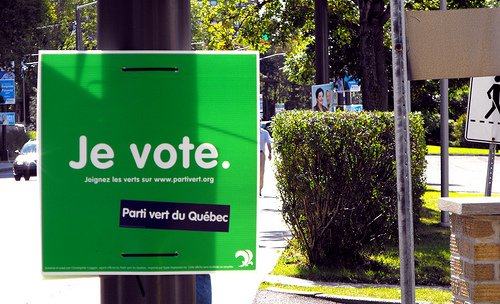 In the wake of Japan’s newly-launched green party, Green Japan, Joseph Iddison takes a look at the history of green parties around the world, and asks whether their policies have brought success and an increased following or rather scepticism and resistance from others.

The Green Party of the US, since its political party status was granted in 2001, has seen significant interest and popularity in the Pacific Coast of America, and in 2007, Californians elected the Green Party in 55 of the 226 nationwide office holdings.

California’s regard for increased green policy is no doubt related to their recent governor, Arnold Schwarzenegger, and his strategy with regards to the greenhouse gas emission cap.

Over on the east, Maine has the highest per capita number of elected Green Party officials in the country, and also the largest Green Party registration percentage over any other state in 2006.

Such progressions since its inception indicate a rooted starting point for the Green Party, with further initiatives likely to increase popularity with US citizens.

Closer to home, most of us are aware of the increase in prominence enjoyed by the Green Party of England and Wales. Leader Caroline Lucas became the first Green MP in the 2010 general election, and since then, the party has gone from strength to strength.

It has certainly seen a response in voters and supporters alike: in the weeks that followed Lucas’ success, over 600 new members joined the Green Party, bringing total membership to over 11,000. In previous years, having 600 members in total was a common occurrence.

After the local elections of 2011, the Green Party of England and Wales held 130 seats on 43 principal authorities (county, city, borough and district), something that has tripled since the Millennium.

A voice for sustainable living and cheaper transport, Green Party of England and Wales has been able to increase its influence on governmental decision making with their growing public backing.

Whilst previously part of the UK Green Party, the Scottish Green Party has also seen an improved following over the last decade or so.

Currently holding two seats in Scottish Parliament, the party has seen a sizeable increase in European support, particularly at the most recent European Parliament Election in 2009, where it gained 7.3% of the Scottish votes – the highest vote share the party has ever attained.

Baring in mind none of the green parties from across the globe have been in existence nearly as long as the likes of respective conservative and democratic ones, green party policy has proven popular and successful in more recent years.

And with a global pressure to find a solution to depleting natural resources through the use of alternative energies, green parties across the world will no doubt have even more of a say over the coming years.