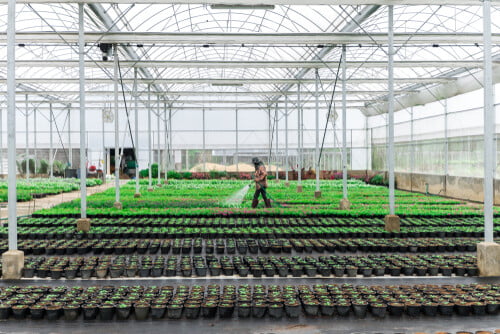 Is The Kratom Market Compliant With Indonesia’s Environmental Policies?

Kratom is a cash crop in Indonesia grown on large plantations for sale and income generation. Despite the lock put on local consumption, kratom is somewhat legal as exportation occurs overseas. It is a historical herb that has immense positive impacts on the Indonesian economy. However, some experts question the impact that it will have on the environment. This is another important factor to take into consideration in the coming months.

How Does Kratom Comply with New Environmental Policies?

Indonesia passed the The Management and Protection of the Environment back in 2009. This was one of the biggest environmental policy implementations in the nation’s history.

A growing number of people have pondered whether the growing use of kratom complies with these new environmental policies. They want to make sure that the environment will be preserved as new crops are harvested.

There is ample evidence that the kratom market won’t hurt the environment. Kratom is grown in the rainforest, which doesn’t need to be destroyed to get the plant. If anything, the growing need for kratom encourages rainforest preservation.

This is good news, since kratom plays an important role in the economy and producers wouldn’t want to discontinue production over environmental concerns. Indonesia accounts for 95% of the supplies of kratom all over the world especially the US. Undoubtedly, Indonesia’s economy benefits immensely from kratom exports which is pumped into the growth of its economy. Unfortunately, there are concerns about discussions of ongoing legislation talks in an attempt to ban kratom completely. The kratom bill will have adverse effects on Indonesia in a way that its economy likely will face a downgrade if the law is put in effect. Good thing its yet to be enacted and still a proposed law.

Digging deeper, you find that the rural parts of Indonesia make a large percentage of the total kratom production. This has been attributed to a vast economic impact on the rural kratom farmers and the towns at large. Merchants that were initially based in a poor state have gradually transited to lively commercial towns because of the kratom boom.

How can kratom help the environment more? Most Indonesian farmers diverted their career to kratom farming leaving other cash crops like rubber and oil palm after discovering kratom is more profitable in recent years. These crops had a worse environmental impact, so kratom is preserving the planet. They have gained financial stability to an extent some have built pretty homes and bought fancy cars. Kratom is the new gold.

The above shows the kratom effects of kratom on the Indonesian economy. We forge forward to the detailed section in the ensued paragraphs below. Kratom is not only medically and environmentally beneficial but also great for the economy. Indonesians can attest to that. But first things first, let’s look at the monopoly state of kratom.

How did Indonesia attain a monopoly in the kratom industry?

Kratom, years back, originated from these countries in the Southeast Asian region: Thailand, Malaysia, and Indonesia. They were the largest producers with much knowledge and history about the plant. Traditionally, they used kratom as a medicinal plant for consumption before discovering it could generate money to sustain their daily expenditures and raise their living standards.

So how did Indonesia gain a monopoly in the supply of kratom? As we can see, kratom is indigenous to more than one country. The question is what happened in the other producing nations? What crippled their ability to blossom in the kratom industry and co-exist with Indonesia in kratom exportation?

In Malaysia, local consumption of kratom is banned as well as exportation. Yet, some Malaysian farms still can grow kratom and export it in an unprocessed state.  The farmers harvest its leaves for exportation and do not convert into any other forms like powder or capsules. The kratom exported is limited, but still helps the economy. Meanwhile, in Thailand, it is completely illegal to carry out kratom exportation, unlike local consumption. It is termed a schedule 5 narcotic. Kratom from Thailand is exported only under one condition; if it is for medical purposes.

Because of these restrictions and bans in the two countries, Indonesia is left to take control of the kratom industry. At this time, kratom is legal in Indonesia without any limitations. And the climatic conditions in Indonesia favor the growth of kratom. More significant is the fact that Indonesian land produces superior quality kratom owing to climatic factors and besides, Indonesia has much experience of kratom since the nineteenth century.

Indonesia’s vast production of kratom is worthwhile important to countries where the demand is high and growing daily like the US. The number of users is increasing day by day as well as investors in kratom businesses. More and more vendors are opening selling stores and made an extra effort to sell their kratom products online on social media platforms and the internet. One only needs to browse and in no time make a buy.

Due to the unlimited availability, it is way too easy to acquire kratom if you have a few bucks of money. It is very affordable. That is why vendors make high sales and interests in short periods because of frequent purchases.  And in turn, the rate of exportation heightens which increases the rate of kratom production in Indonesia.

The money generated by the Indonesian farmers improves their financial status which motivates them to invest bigger in kratom. They augment the kratom plantations. Therefore, kratom production expands to greater levels which necessitates regular exportation. This way, the Indonesian economy advances and becomes a healthier economy.

All said, there are no reasons for an Indonesian man not to plow hard in the sphere of kratom growing, selling, and exporting. It is quite clear that kratom fetches a good income compared to other cash crops. It is profit-making and economically viable. Only time will tell, whether the proposed kratom law will be enacted or repealed. But currently, it definitely is a good venture worth your time and effort.

Indonesia is reliant on kratom for its economic growth. Some feared that it might violate the environmental laws passed in 2009, but it appears this isn’t the case. Kratom farmers should continue to grow in the years to come, as long as they don’t violate other environmental laws in the process.