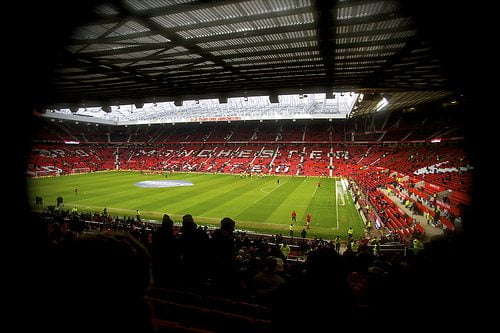 Manchester United’s home ground, Old Trafford, has a capacity of 75,731. It’s the fourth largest stadium in Britain, after Wembley, Twickenham and the Olympic Stadium. On July 4, our monthly readership hit 76,283. Thank you to all 76,283 of you.

Opened in 1910, after spending the princely sum of £90,000 (the new Wembley Stadium cost £757m in 2007), Old Trafford has seen its fair share of footballing tragedies and triumphs over the years. Today, if we were to bring together our readership in the UK and abroad, we’d have 552 too few seats.

This overflow did not bother the spectators at the Uruguay versus Brazil game of July 16 during the 1950 Fifa World Cup. In what was the final game of the tournament, 173,850 people filled the 78,838 capacity of the Maracanã Stadium, which on Sunday night plays host to the 2014 final, between Argentina and Germany.

Now, on today of all days, we’d have liked to report we had more readers than Maracanã Stadium can hold, but we’ll settle for good Old Trafford’s capacity as a pretty impressive figure.

Thank you, to each and every one of you.

As we have 12 times as many readers in Germany than Argentina, our money is on Germany to win.