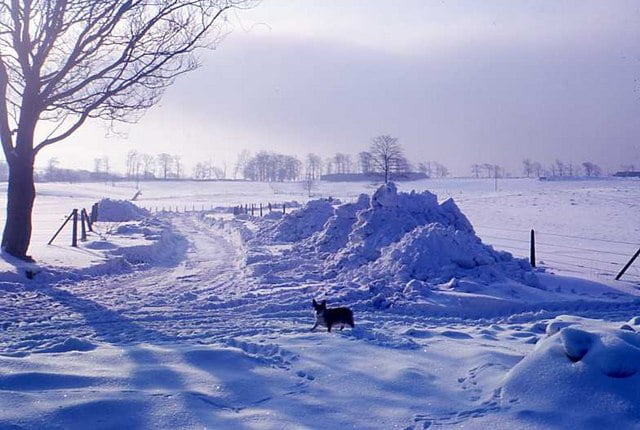 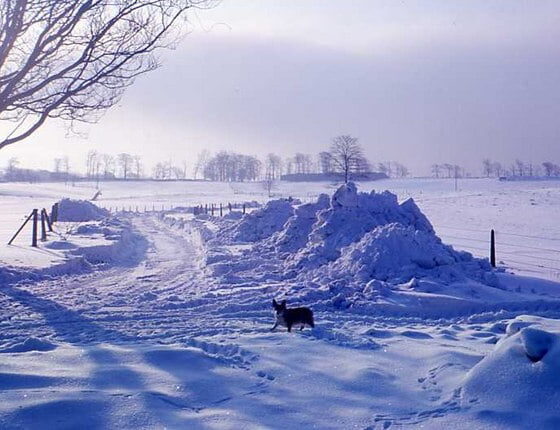 January 1963 was the coldest month of the 20th century. Much of England and Wales was snow-covered for the duration. The country started to freeze solid, with the temperature reaching −19.4°C on January 11 in the Scottish Highland hamlet of Achany in Sutherland.

The big freeze had started in December 1962 with London suffering the effects of the last great smog, in which up to 12,000 people died, before the Clean Air Act was introduced in 1956. Snow fell between December 12-13, and then again on Boxing Day and the day after. This was then followed by a blizzard on December 29-30. January 11 saw Arctic winds dumping another four inches of snow across the country, on top of the six to 18 that had already fallen.

The sea froze for 1.6km out from shore at Herne Bay, Kent. At the time, the BBC expressed a fear that the Strait of Dover could freeze across. The Navy managed to keep open Chatham dockyard on the River Medway by using an icebreaker but the other London docks remained closed with ice floes and mini icebergs on the river.

While the upper reaches of the River Thames also froze over, hot effluent from two thermal power stations, Battersea and Bankside, meant it did not freeze in Central London. The demolition of the 19-arched medieval London Bridge (1831) and building of the embankments (1862) also created a narrower, faster river which was less likely to freeze over.

All clear evidence that humans do affect their environment for those who say we do not.

After more snow fell in February and a 36-hour blizzard with winds up to 119mph on the Isle of Man, the thaw finally set in in March, just in time for Cliff Richard to sing, “We’re all going on a summer holiday.” A summer holiday that the country desperately needed.

Since then, our country has become warmer and wetter with floods, rather than snow, representing one of the most significant threats to the UK. Sea levels around the UK are 10cm higher than in 1900 (17cm globally) and coastal waters are 0.7°C warmer than 30 years ago.

That said, the Met Office has issued the following warning for tomorrow, “Turning colder this weekend with snow showers likely to affect eastern coastal counties. Amounts of snow are uncertain and are likely to be highly variable with some places seeing very little. However, 5-10 cm could accumulate locally, particularly over hills, with icy surfaces an additional hazard. The public should be aware of the potential for localised disruption to travel.”

Today, Achany is the beneficiary of the Achany Wind Farm Community Benefit Fund, which was launched in early 2010 and provided by Scottish and Southern Electricity, following the completion of an onshore wind farm 2010, which generates 38 Megawatts through 19 turbines.