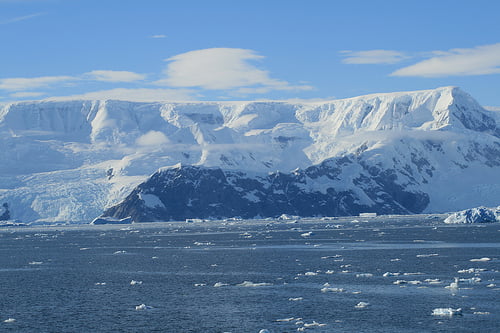 Today is a significant date for the South Pole. 13 years ago, the first British women reached the Antarctic, 42 years after New Zealander Sir Edmund Hillary first arrived. The ambition for both was to arrive before the anniversary of Scott’s ill-fated expedition back in 1912.

In 1912, Captain Robert F. Scott was beaten to the Pole by the Norwegian team led by Roald Amundsen by just 33 days. Scott’s entire party tragically died on the return journey. Sir Edmund Hilary and Sherpa Tenzing Norgay had been the first men to reach the summit of Everest and Hilary intended to reach the South Pole becoming the first overland explorer to do since Captain Scott.

Earth’s southernmost continent is the coldest, driest and windiest on earth, with the highest average elevation. Despite all the white stuff, it is designated as a desert due to the low levels of precipitation.

Argentina, Australia, Belgium, Chile, France, Japan, New Zealand, Norway, South Africa, the Soviet Union, the United Kingdom and the United States all signed The Antarctic Treaty in 1959, with 49 countries signing to date (now including all G8 countries, BRIC emerging economies and all countries closest to the continent). The fourteen article treaty prohibits military activities and mineral mining, prohibits nuclear explosions and nuclear waste disposal, supports scientific research, and protects the continent’s ecozone. While the continent has no permanent residents, anywhere between 1,000 and 5,000 people live in scientific bases.

The UK, New Zealand, France, Norway, Australia, Chile and Argentina all make territorial claims on the continent. The Argentine and British claims overlap (as does Chile’s). On 18 December 2012, the UK government named a previously unnamed area Queen Elizabeth Land in tribute to Queen Elizabeth II’s Diamond Jubilee. Argentine-UK relations continue to be strained due to disputes over the sovereignty of the nearby Falkland Islands.

If Antarctica sweats, the world catches a fever

The Antarctic is the earth’s air conditioning system.  It reflects huge amounts of sunlight and heat and holds sea levels down.

Some argue that, “[Ice] is expanding in much of Antarctica, contrary to the widespread public belief that global warming is melting the continental ice cap.” (Greg Roberts, The Australian Prop. Rupert Murdoch).

Satellites measuring Antarctica show that it is gaining sea ice but losing land ice at an accelerating rate, which has implications for sea level rise. Why? There are 30 million cubic km of ice or 61 percent of all fresh water on the earth. Various studies have shown that the overall mass of the ice on Antarctica is decreasing and the continent has been one of the most rapidly warming places on earth (Skeptical Science).

A study on Christmas eve showed the western ice sheet is melting twice as fast as initially thought.