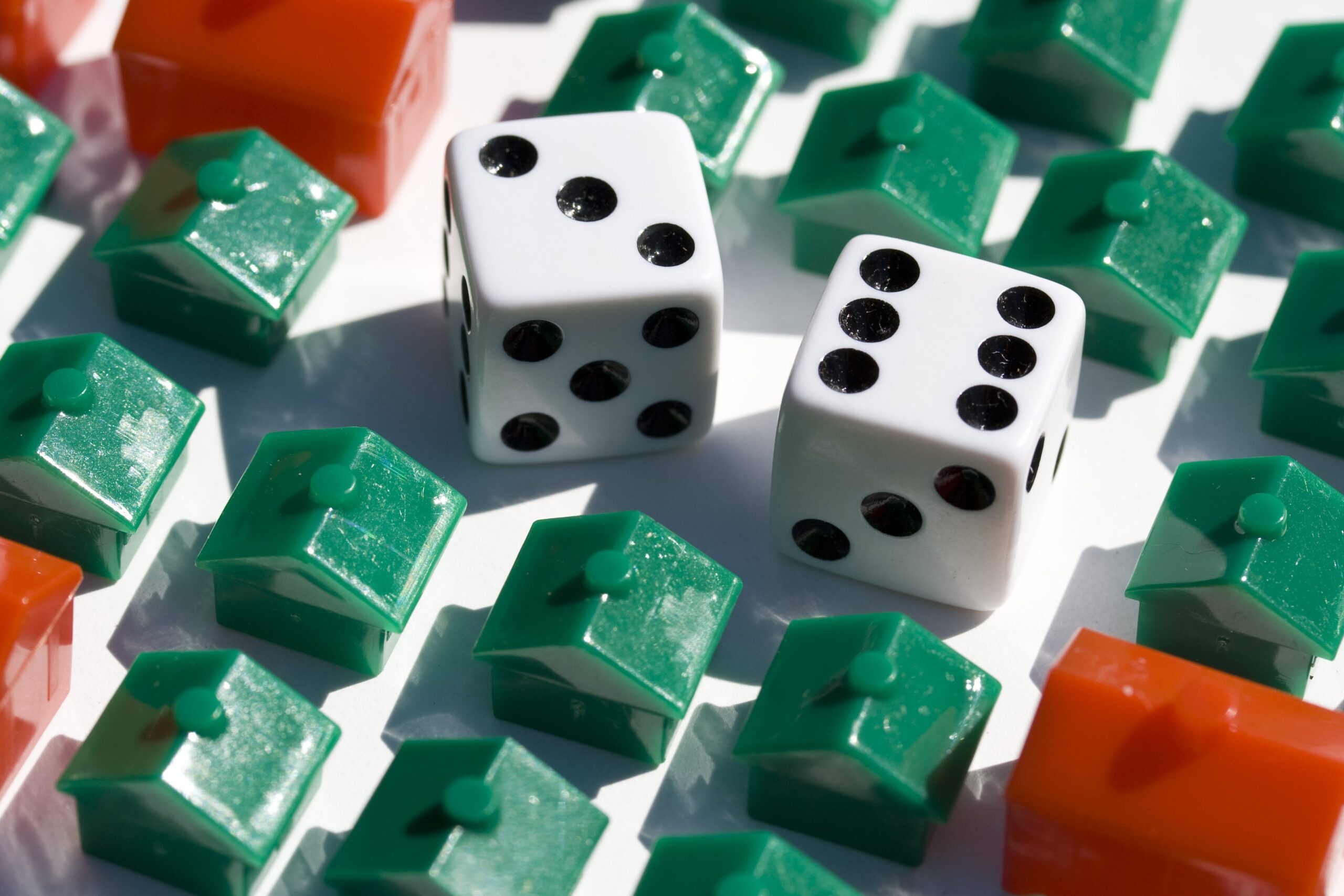 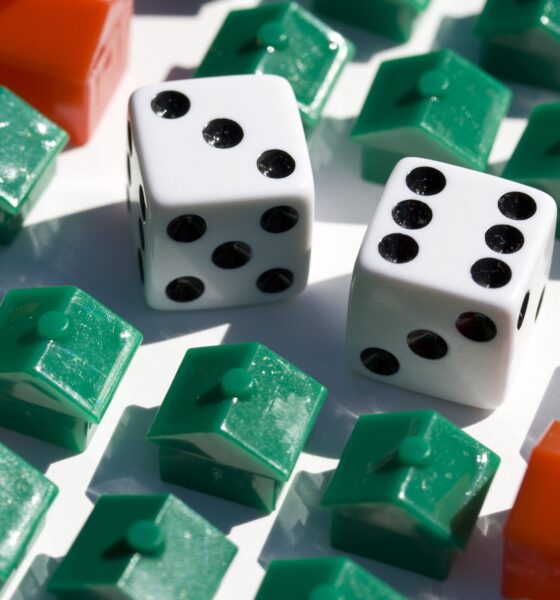 Fran Boait, campaign manager at Positive Money, looks at the role of the housing market in creating a more sustainable economy.

Every time I attend to a lecture on house prices, there is always a question in the Q&A from a continental European (usually German or Dutch). They ask, “What is the obsession that British people have with buying houses? We don’t have that in our country, we are happy to rent.” After mumblings from the audience the host will usually say something like, “Yes, we don’t really know either.”

But the question whether you should rent or buy, forces another question: what is a house for after all? Is it a home to live in, something everyone needs? Or is it really an asset that everyone should aspire to own? You could say it can be both – but is that even possible?

One consequence of everyone scrambling to get on the housing ladder has been that house prices have been rising much faster than wages, which means that houses become less and less affordable. Anyone who didn’t already own a house before the bubble started growing ends up giving up more and more of their salary simply to pay for a place to live. And it’s not just house buyers who are affected; pretty soon rents go up, too, including in social housing. 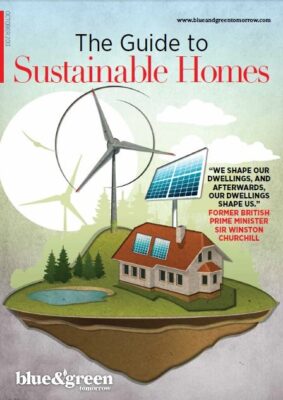 Click here to read the Guide to Sustainable Homes 2013

This increase in prices led to a massive increase in the amount of money that first time buyers spent on mortgage repayments. For example, while in 1996 the amount of take home salary that a first time buyer on an average salary buying an average house would spend on their mortgage was 17.5%, by 2008 this had risen to 49.3%. In London the figures are even more shocking, rising from 22.2% of take home pay spent on their mortgage in 1997 to 66.6% in 2008.

High house prices also act as a mechanism for transferring wealth from the young to the old, from the poor to the rich, and from those that don’t own their own home to those that do. Even those with housing don’t benefit massively from higher house prices; after all, we all need somewhere to live, and anyone selling their home will find that on average other house prices will have risen by the same amount, leaving them no better off.

In reality, only the banks and those with many properties benefit from high house prices. High prices mean that people will have to take out larger mortgages for longer periods of time, which means more money in interest payments for the banks.

So why are house prices so high?

Many of us were told that house prices are so high because there are too many people and not enough houses. The reality is that house prices were massively pushed up by the hundreds of billions of pounds of new money that banks created in the years before the financial crisis. Limited housing stock may have caused some shortage in areas, and there are many other complications too.

But a fundamental driver that caused a 300% house price increase in the 10 years up to the start of the financial crisis was mortgage lending. During the period in question the amount of money banks created through mortgage lending was collectively £417 billion (that’s £417,000,000,000).

So you might ask, where on Earth did that £417 billion come from in order to inflate these house prices out of reach from ordinary people? Well, when a new mortgage loan is made, the bank doesn’t borrow money from savers — banks actually create new money with every loan they make. Those numbers in your account don’t represent a pile of money in the bank; they’re just numbers; accounting entries in the computer system of your bank.

Paul Sheard, the head of global economics and research at Standard and Poors Financial Services Company wrote, “Banks lend by simultaneously creating a loan asset and a deposit liability on their balance sheet. That is why it is called credit ‘creation’ – credit is created literally out of thin air (or with the stroke of a keyboard).”

As the loan is repaid, the money disappears, whilst the banks keep the interest as profit. And since a loan on a house is secured by the house itself, and a substantial profit can be made on the interest on the loan, it is a win-win situation for the bank.

But is it a win-win situation for anyone else? Who benefitted from the banks creating £417 billion to lend to mortgages? The banks yes, and people that decided to become landlords of multiple homes, yes. But in reality all that debt into a non productive asset bubble really just laid the foundations for the 2007 financial crisis.

What would have happened if instead that £417 billion was used for something more useful, like green electricity, building sustainable homes, or retrofitting our housing stock to make them more energy efficient? House prices would have stayed lower. Yes, less people would own multiple homes, and yes, less people would own homes at all. But we would all have more disposable income because rent and mortgage repayments would be lower, there would be lower household debt, and we would be all be better off.

So why is the government trying to help people buy their houses again?

The government has launched a scheme, Help to Buy, offering financial support to help people buy homes. The scheme has meant that first time buyers, who otherwise would not have been able to, have been able to get on the housing ladder.

The appeal of living in a home you own is very understandable. But do the short-term benefits of more home owners outweigh the problems caused by avoiding a long term strategy to create a sustainable economy? We don’t think so. For the reasons outlined above, we think it is not a good idea to direct government spending into mortgages, and we are not alone.

On September 18, Adair Turner, the former chair of the now-defunct Financial Services Authority spoke about the scheme on Newsnight. He stated, “I certainly have worries about the Help to Buy scheme… I think we may be overdoing the stimulus to the housing market and we may come to regret that. I feel that we have a whacking great hangover after a debt-fuelled housing boom and our policy seems to focus on a bit of the hair-of-the-dog that bit us.”

He is not the only commentator warning. Ann Pettifor is an economist who predicted the crisis in 2006 in her book, The Coming First World Debt Crisis. She spoke about this subject on Radio 4 on August 15, warning that the government’s Help to Buy scheme will create another ‘bubble’.

“We are making people think they can buy another property and taking out mortgages which they simply can’t afford in the long term. Those prices will fall at some point”, she said.

“I think it’s artificial and can’t be sustained. People’s incomes are falling in real terms, and have done so for five years. Now there’s been this sudden, go on let’s just go made because everyone says its recovery.

“At a fundamental level it’s quite dangerous because household debt is still 153% of GDP.

“There’s nothing seriously underpinning this recovery, and that’s why it’s Alice in Wongaland, the confidence fairy is out there.”

Can an economy run on the feeling of being wealthy, the so-called ‘wealth effect’, that arises when houses price are increasing? Clearly, it is not sustainable in the long run. We need wages to catch up with rent and mortgage repayments, and the only way to achieve that is to get money to create jobs rather than to inflate house prices.

But will banks ever want to direct their lending activities into productive industries such as sustainable housing and green infrastructure, rather than asset bubbles? We don’t think so. We don’t think we can rely on banks with short-term profit motives that clearly don’t fulfil the wider needs of the economy. Therefore we need to change the rules of the game. If we have people that want to work and jobs that need doing, why can’t we create a system that achieves these things?

Positive Money is advocating that the Bank of England create new money that can enter the economy via the government. This could be done in three ways: increase government spending; cut taxes; or make direct payments to citizens. Although each of the options has its own appeal, we think that because the UK needs to reduce unemployment, the biggest benefit to society would be to increase government spending to create new jobs.

Opportunities to create jobs and build a more sustainable economy lie in green energy infrastructure, building sustainable and affordable housing, and developing better public transport. It’s not that we can’t afford these things; it’s that we haven’t got an economy that works.

We believe that it’s time to radically rethink how the system works and we have a blueprint for an alternative.

Fran Boait joined Positive Money as campaigns and operations manager in November 2012. Prior to that, she was an Earth scientist researching carbon dioxide storage.