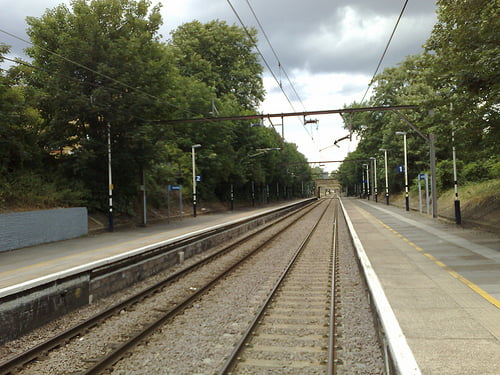 Season ticket holders are facing an average 4.2% increase in rail fares. The average increase is 3.9%. The social, economic and environmental benefits of increasing rail travel are clear. Is it time to debate nationalising these essential but inefficient private monopolies?

Contrary to campaigners howls of indignation, a decade of above inflation rises are far from driving people of the railways. The annual number of UK rail passengers (1.2 billion) and passenger journeys (1.3 billion) is at the highest point since the 1920s, having risen steadily since 1994.

Today, the UK has one of the most expensive rail systems in Europe, with some of the highest peak hour and lowest off-peak fares. By profiteering on the essential commuting journeys, ten of the 17 franchises paid healthy dividends to their shareholders.

In February, we will mark the 50th anniversary of the 1963 Beeching Report, which ultimately led to the closure of a quarter of the rail network, the closure of 2,000 local stations and the loss of 70,000 jobs. The rail network is now 9,789 miles long, down from 23,440 miles before the First World War.

Dr Richard Beeching described the railways of the 1960s as bloated, uneconomic and under-used, but his ability to forecast future use by both passengers and freight has proven to be woefully inept. Only seventeen years after his report came out rail passenger journeys started rising (unsteadily at first) again.

While British Railways was privatised twenty years ago, the private companies that replaced it still rely on subsidies, euphemistically known as “revenue support, when revenues are less than expected. Seven franchisees received these subsidies in 2012.

The FT reported on this October last year:

“In the year to March 31 2012, the government received £1.2bn in net premium payments from across the 17-franchise network, according to the Department for Transport. The “net premium” is the total premium payments minus subsidies paid to operators running unprofitable franchises.

If every train company had got its forecasts right, that would be the end of the story. But after paying revenue support – and receiving a share of revenues on franchises that exceeded expectations – the government earned just £695m in rail revenues last year.”

Rail minister and Liberal Democrat MP Norman Baker, described the new rail fares as ‘not that expensive.’ indicating just how out of touch he is with public opinion.

Dare we say it? Renationalisation

If those 1.3 billion passenger journeys moved onto our struggling road network, they would quickly become gridlocked. Conversely, if more freight were moved onto rail, many slow moving, congestion-causing and road-damaging lorries would come off the roads.

Maybe it is time for a forward-thinking major political party to take a leadership position on this issue. Any issue that gains upwards of 70% public support has to be a vote winner.