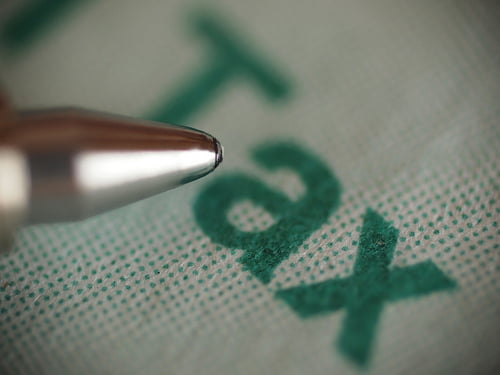 In a recent blog from the Adam Smith Institute entitled Why we really do want to abolish corporation tax – reason 672, Tim Worstall set out the argument for the abolition of this tax. Bloomberg and the Financial Times support the cause. We agree if coupled with a pollution tax and reform to land taxes.

The furore over Google, Amazon and many large corporations’ byzantine legal structures that exploit tax loopholes and allow them to claim no tax residency has brought the international corporation tax system into sharp focus.

The current beggar-my-neighbour race to the bottom of corporation tax levels, aided and abetted by an archipelago of tax havens, many of them British Crown dependencies or EU ‘partners’, is unsatisfactory.

Therefore, could we lose the tax altogether? Could we put something better in its place which creates the corporate behaviours we desire?

Corporation tax is “dreadfully inefficient” and distorts markets, argues Worstall, often in favour of larger businesses that can afford legions of tax accountants to optimise their tax position when compared to smaller operators.

Filling the hole? Here are some napkin scrawled calculations.

One point that certainly caught our eye was Worstall’s perspective on pollution: “The simple existence of the tax sticks an oar into market pricing and thus causes some people not to do what they would have done in the absence of the tax. Sometimes we desire this, of course: taxes on pollution say are meant to reduce the amount of pollution.”

This is true to the free market spirit of Hayek. He was concerned about negative externalities, such as deforestation or pollution, and the market’s inability to factor adequately them into pricing. We agree. Taxing pollution and other externalities would make companies pay the full cost of their activity. This would be a ‘desirable’ distortion to the market.

Pollution costs the UK up to £9.5 billion a year. Clawing this back in tax would offset 22% of corporation tax.

Some might argue that this is already being done through fuel duty (£27 billion), vehicle excise duty (£6 billion), landfill tax (£1 billion) and the climate change levy (£600m). However, these costs falls disproportionately on the motorist when we desire a system that causes all corporations (shareholders, employees and customers) to do things they would not have done in the absence of the tax – be less polluting and more resource efficient.

Conversely, a 2011 report estimated that the environment generates £33 billion of free services. ‘Charging’ businesses for the use of those services would offset 75% of corporation tax. Charging for use of the commons and taxing pollution would generate £42.5 billion of tax receipts – close to the £44 billion lost in abolishing corporation tax.

Worstall makes the case, as we have done, for core Adam Smith principles of moving from taxes on income to taxes on land values:

“We thus should get rid of corporate taxation and replace it with something less damaging, something less distortionary and with lower deadweight costs. Like, for example, repetitive taxes on immovable property (or land value taxation perhaps) which is one of the very few taxes, which has negative deadweight costs. For you can’t avoid it thus there’s no distortions and the weight of the tax is likely to lead to more efficient use of the available land.”

New ‘you can’t avoid it’ taxes on property would close the gap significantly. Stamp duties on land raise a measly £6.9 billion while council taxes based on 1991 property values raise £26.3 billion. Rebanding council tax bands or introducing new higher bands to reflect 2012 prices, with some transitional relief, would make taxes on property more reflective of the value of the land and property. The top band in England is £320,001, meaning 23% of properties fall in this higher band.

The average house price in the UK was £238,293. Three fifths of 1% would impose an additional annual bill of £1,399 or £117 per month on average households. This would be politically difficult initially, but the economic stimulus from zero-rated corporate tax would be massive. Employment and salaries would rise. The cost of dependency on the state would fall. Besides, combined with a pollution tax, this bill would be significantly lower.

Our economy would boom as innovative clean companies located themselves in the 0% corporation tax nation.