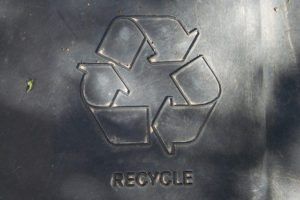 A new £142m energy-from-waste (EfW) plant at Millerhill in Midlothian, near Edinburgh, Scotland has received a commitment of £28m of debt finance from UK Green Investment Bank plc (GIB), who are joining a lending club that includes Investec, Siemens Bank and Credit Agricole.

The 14.1 MW facility is expected to treat up to 155,000 tonnes of waste every year once complete. The waste, sourced mainly from local residences, will be pre-screened in a mechanical treatment facility to remove recyclable material before entering the energy recovery process.

The plant is forecast to generate approximately 94,000 MWh of electricity annually. It is anticipated that it will avoid greenhouse gas emissions equalling 30,000 tonnes per annum, equivalent to removing 13,800 cars from the road for the lifetime of the project.

The plant will also be combined heat and power (CHP)-ready, meaning it has the potential to supply excess heat from its operations to nearby homes and businesses.

Recycling and waste management company FCC Environment (UK) has been appointed to design, build and operate the plant by Zero Waste: Edinburgh and Midlothian, a joint venture between City of Edinburgh Council and Midlothian Council. FCC already operates similar facilities in four locations in the UK.

Construction will commence immediately. The project is expected to create up to 350 jobs during this phase, with a further 40 operational jobs being created upon completion in 2019.

The Millerhill project is GIB’s 18th investment in Scotland. The organisation has previously backed the construction of the £74m Craigellachie combined heat and power (CHP) plant in Speyside and financed the replacement of 70,000 streetlights in Glasgow with lower-energy, lower-cost alternatives through a Green Loan.

It’s important that materials are re-used and recycled wherever possible, but it’s equally important that infrastructure is developed to increase the amounts of energy recovered from waste.

“We are supportive of steps taken in Scotland to drastically reduce the amount of waste sent to landfill. It’s important that materials are re-used and recycled wherever possible, but it’s equally important that infrastructure is developed to increase the amounts of energy recovered from waste that can’t be reprocessed. The Millerhill plant will aid that process greatly and help ensure landfilling in Scotland continue to fall.”

“I am pleased that FCC will now be able to begin work on this state-of-the-art facility. In Edinburgh we have made great progress to increase the amount of waste we recycle and this new facility will provide a sustainable way of disposing of any waste that can’t be recycled by using it as an energy source for locally-generated heat and power.

“The procurement of this project is an example of successful partnership working between the two councils, and will benefit both Edinburgh and Midlothian’s zero waste strategies over the coming years.”

“This represents another sizeable infrastructure investment in the Shawfair area. In addition to increasing recycling rates, the plant will produce electricity for the National Grid.”

“The Millerhill Recycling and Energy Recovery Centre will play a significant role in improving recycling and reducing the amount of waste being sent to landfill throughout Edinburgh and Midlothian. The project is part of the commitment of both the City of Edinburgh and Midlothian Councils to achieve these goals and helps support the Scottish Government’s Zero Waste Plan.

The project delivers a low-carbon solution focused on landfill diversion whilst the partnership will deliver real economic and community benefits from infrastructure to jobs, supply-chain opportunities and local community engagement.”