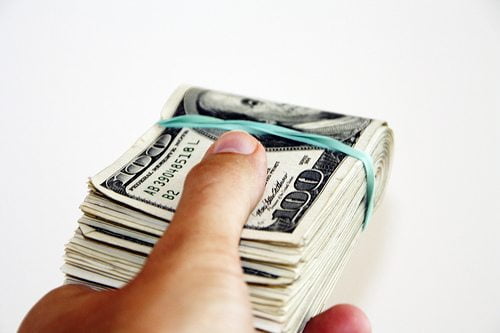 Barclays bank faces rising tensions with its investors over high bonuses at a time when profits are falling, with some calling for change to its investment arm. Oil giant BP also faces criticism after it revealed its chief executive had seen his pay triple in 2013.

Barclays decided to increase its bonus pool by 10% despite profits falling by 32%. The bank’s chief Antony Jenkins defended the decision, saying that it had been put in a position where business had begun to contract because on bonus cutbacks in 2012.

He told the Daily Telegraph that the increase was an attempt to avoid a “death spiral” after a rise in the number of staff leaving.

“I understand completely the sentiment from shareholders and broader society that it feels unreasonable, but if we are to be a world-class investment bank then we have to deal with the compensation structure as best we can”, Jenkins added.

The move has led to some of the bank’s investors calling for a management shake-up within the investment arm of the business, indicating they disagree with Jenkins’ explanation.

One top 15 shareholder told the Financial Times, “We think there needs to be change at the top of the investment bank. It is a difficult thing to shrink an investment bank, but Barclays is not getting to grips with costs. It does not look good for the bank at the moment.”

Bob Dudley, chief executive of the oil giant BP, has also come under fire from shareholders following a huge increase in his remuneration package. Dudley was paid $8.7m (£5.19m) last year, through salary, bonuses and share awards, compared with $2.6m (£1.5m) in 2012.

The company justified the increase, saying it reflects “strong and sustained performance with the safety steadily improving, operations performing well and a portfolio of assets growing through capital discipline and strong project management”.

Dudley took control of the company following the Deepwater Horizon oil spill in the Gulf of Mexico in 2010. The company is still paying for the disaster and admitted in its annual report that it still could not estimate the final clean-up bill.

A top 20 investor in the company also told the Financial Times, “We are not happy with this salary increase. Mr Dudley is extremely well incentivised. It sends the wrong message to shareholders and to staff, many of whom will have low pay increases.

“There is a worry here that this will become part of a trend with some chief executives pushing ahead with big compensation schemes.”