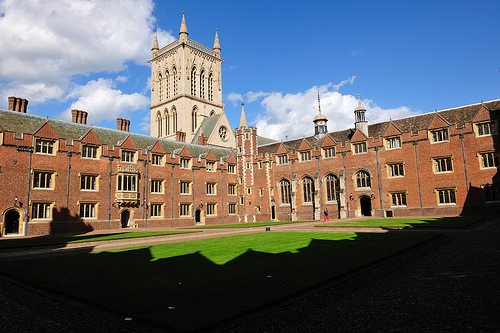 A Ukrainian energy tycoon who has made considerable donations to the University of Cambridge has been arrested, with campaigners saying the university must review its ethical investment and donations policy as a result.

At the request of US security services, Dmitry Firtash was detained in Austria last week on suspicion of breaching bribery laws and forming a criminal organisation.

Firtash is the founder of Group DF, a diverse group of businesses whose operations vary from fertiliser and titanium businesses and gas distribution to banking.

In 2008, he gave the university £5.4m to set up a Ukrainian studies department. He also founded a scholarship scheme to enable Ukrainians to study for a masters degree at Cambridge.

In return, he was made a member of the Guild of Cambridge Benefactors.

His arrest is linked to the events currently making international headlines in Ukraine. The energy tycoon is said to be a close contact of ousted president Viktor Yanukovych.

“Historically, he had close ties to Russia via the energy sector, and perhaps even to Putin”, said Standard Bank chief economist Timothy Ash.

“Firtash is probably in the top two of Ukrainian oligarchs in terms of wealth and influence across borders.

“[His arrest] sends a strong message to Russia that the West is willing to go down the financial sanctions route – unless it backtracks over Crimea and over broader policy towards Ukraine.”

A student campaign lobbying for the University of Cambridge to review its investment and donations policy said the incident is evidence of a need for more explicit guidelines.

“They have even denied our requests for more transparency about how the university makes investment decisions.”

Environmental campaigners have singled out Gazprom as one fossil fuel company whose operations pose a significant threat to the Arctic.

“The University’s mission and core values to promote education and contribute to society are being threatened by its investments and donations”, said Lily Tomson, a student at King’s College and member of Positive Investment Cambridge.

“This isn’t just a question about ethics and responsibility, but academic freedom. Is Cambridge being paid to teach perspectives convenient to extending the influence of the petrochemical industry?”

When contacted about the arrest and asked if the university would consider reviewing its investment and donations policy, a University of Cambridge spokesman said, “It would be inappropriate to comment further until this matter is resolved.

“The benefaction from the DF Foundation is used solely for educational purposes and the Foundation has no influence over its allocation.”