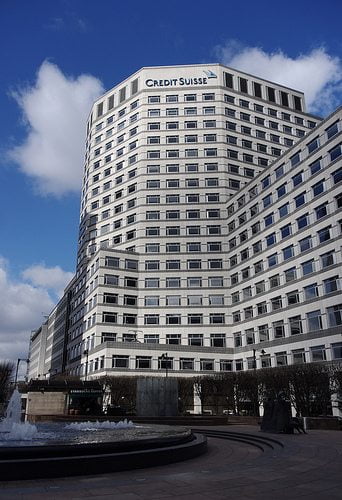 Campaign group Global Witness has accused financial services firm Credit Suisse of becoming the largest institutional shareholder in a company that has committed environmental and human rights abuses in Cambodia and Laos.

Vietnamese rubber giant Hoang Anh Gia Lai (HAGL) was revealed to be negatively impacting on local people and the environment, including cleaning large areas of forest and land grabbing, in the two Asian countries in a report released earlier this year.

Despite this, Global Witness now reports that Credit Suisse swapped bonds it held in HAGL to acquire more than 10% of the company’s shares, making it the second largest investor after the HAGL founder and chairman.

Megan Maclnnes from Global Witness said, “This is very worrying. Credit Suisse became a major shareholder in HAGL just when any responsible investor would be blacklisting them. What kind of checks can Credit Suisse have done if it thought this was a good time to provide finance to a company like HAGL?”

When contacted, Credit Suisse said they has conducted due diligence checks into HAGL’s operations. The bank added, “No specific concerns were identified at the time.”

“The bank trades heavily in signing up to ethical initiatives like the UN Global Compact and the Equator Principles, so why then is it profiting from the misery of those who’ve lost their land and forests to HAGL?”

Both the Equator Principles and the UN Global Compact aim to increase the value placed on social and community responsibilities, including in the areas of human rights and the environment.

Credit Suisse places a strong emphasis on sustainability and includes a code of conduct that states the company and employees will take account of environmental and social impacts when making business decisions. The bank also offers a number of sustainable products and services to cater to ethical investors whilst still aiming to generate a return.

In 2010, Swiss NGO the Berne Declaration published a report in which it accused Credit Suisse, and other financial institutions, of being “embroiled in serious controversies about human rights such as the right to life, the right to security, the right to health, the right to food and water.”

In response to the Berne Declaration, Credit Suisse said it was “committed to respecting human rights and strives for transparency about its strict policies and processes relating to human rights.”

It added, “With regard to our business activities, we pay particular attention to companies operating in industries where activities may, for example, infringe on the rights of local communities or indigenous peoples.”