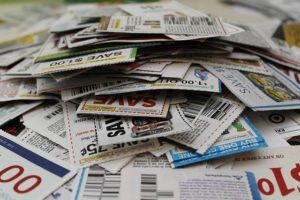 Greenredeem Has Partnership With RBWM Extended For 2 More Years

The company that rewards people for everyday green actions, Greenredeem, has today confirmed that its partnership with the Royal Borough of Windsor & Maidenhead will continue for a further two years.

Ground-breaking at the time, having commenced with a trial in 2009, the partnership was the first of its kind in the UK. Following successful trials, the scheme was made available to all residents in the Borough from September 2010, and now has 56% of households in the Borough participating.

Between 2009 & today, the recycling rate in the Royal Borough has increased from 34% to just under half of all waste being recycled. Residents have earned over 340m points in that time, equating to over 65,000 tonnes of recycling directly related to the activities of Greenredeem’s members. Recent analysis released by Greenredeem on July 5th 1 shows that this growth has been supported by Greenredeem members recycling twice as often, and twice as much as those households that haven’t joined the scheme.

It’s not only the Royal Borough’s recycling rate that has benefited from the partnership with Greenredeem. The local economy has enjoyed considerable benefit too. By recycling more at home, residents have earned enough points to redeem over 700,000 rewards, saving a potential £3.4m, whilst injecting up to £12.4m into the local economy.

Meanwhile, the generosity of members – earning points from recycling at home and then donating those to charities and schools has been marked. Since 2009, nearly 30m points have been kindly donated with numerous school & community group projects being realised through residents recycling more. Alongside this, the lure of winning prizes has been equally motivating – Royal Borough residents have entered Greenredeem’s monthly prize draw on over 200,000 occasions, winning prizes from iPads & TVs to PG Tips Monkeys.

Cllr Carwyn Cox, Cabinet member for Environmental Services at the Royal Borough said, “We are looking forward to working with Greenredeem over the next two years to build the community further and encourage even more residents to recycle more”

Rob Crumbie, Director of Marketing & Communications at Greenredeem said, “We’re thrilled to be extending our partnership with the Royal Borough. Working together we’ve been able to really make a difference on so many fronts; increasing the amount of recycling collected, supporting the local economy during difficult economic conditions and enabling local good causes to undertake the great work that they are trying to implement in local communities.”